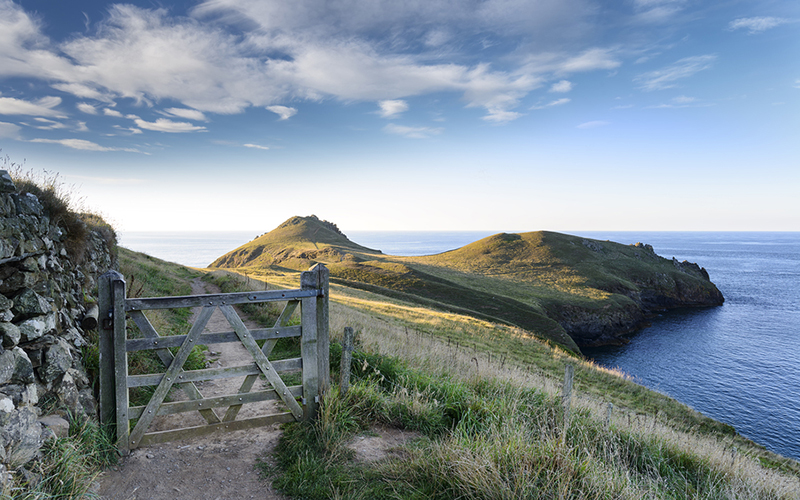 The UK may be a relatively small country, but it’s blessed with some of the world’s most picturesque coastlines. And thanks to the efforts of conservationists both past and present, these coastlines are being well looking after, so people today and in the future can enjoy their beauty.

One of the best ways to appreciate the UK’s coast is to follow a designated walking path. And you can find coastal walks near you and around the country easily over the internet.

Visit England is a great starting point. Here, you’ll find details of fantastic coastal walks around England, from the Northumberland Coast in the north-east right down to Exmoor in the south-west. You’ll find similar information about coastal trails north of the border from Visit Scotland too.

If you’re a keen walker, you’ll probably have already come across Ramblers, the British walking charity. Their website is a treasure trove of information on walks around the UK, including coastal paths. In fact, Ramblers are currently in the process of shaping the England Coastal Path – a new trail that will create one continuous coastal path around England. Currently under construction, there’s no estimate yet of when this landmark path will open.

For further information on coastal paths in England, the National Trust’s guide to walking may have some gems in your area. The Guardian recently published a guide to the UK’s best coastal walks too. And don’t forget to look out for episodes of BBC Two’s acclaimed programme Coast for a few more tips on the country’s best coastal delights.

Favourite coastal walks around the UK

If you’re planning a coastal walk in England, the South West Coastal Path is the ultimate challenge. This 630-mile long trail runs from Minehead in Somerset to Poole in Dorset, and is one of the longest of its kind in the country. Choose sections of the walk to tackle in a day, or plan a longer excursion to cover a large chunk of the trail over a week or two.

If you’d prefer to tackle a shorter path, head north to Cleveland Way in Yorkshire. This path on England’s east coast runs around the North York Moors, one of our most beautiful National Parks, and covers some of the region’s loveliest landscapes.

The Wales Coastal Path, on the other hand, opened in 2012 and was the first coastal path in the world to skirt along a whole country. The path begins in Chepstow, at the southern tip of the English border, and runs right along the coast to Queensferry in the north. Highlights within the path include the Pembrokeshire coast, the Isle of Anglesea and the Dee Estuary.

In Scotland, the Fife Coastal Path is a beautiful walk that’s easily accessible from Edinburgh and Dundee. Alternatively, head westwards and take a boat to Arran, a small island with a stunning – yet relatively quiet – coastline.  And no trip to Northern Ireland would be complete without a stroll down the Causeway Coast Way, where you’ll get to see the striking volcanic columns of the Giant’s Causeway.