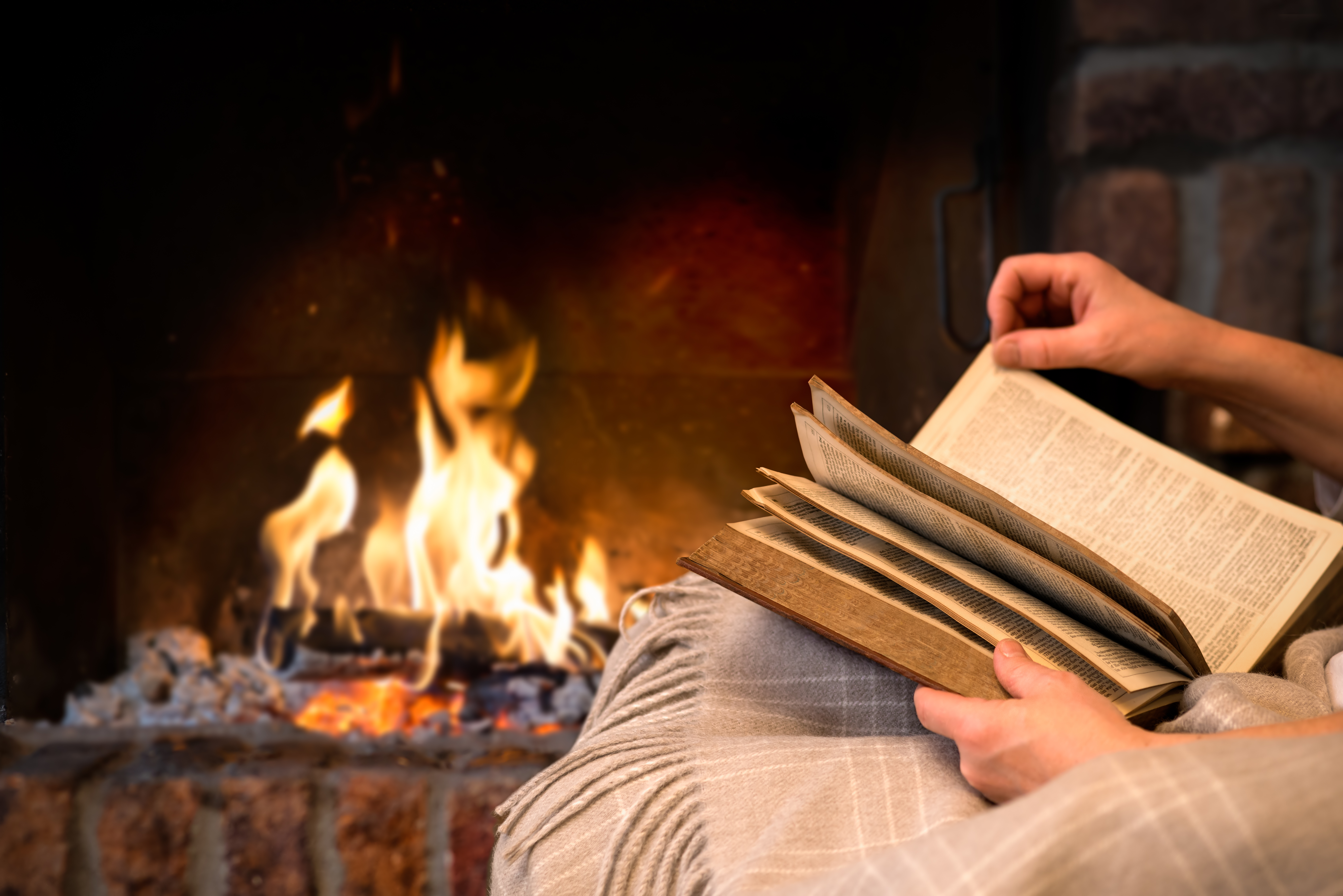 Hear that howling wind and icy rain outside? When winter strikes and the idea of leaving your warm home sends shudders down your spine, there’s no better time to get stuck into a good book.

We’ve picked out some great winter reads for you to devour as the dark, cold nights draw in.

If the idea of getting lost in another world sounds like exactly how you want to spend the winter, we’d recommend George RR Martin’s A Song of Ice and Fire series. These are the epic books that the TV series, Game of Thrones is based on, and it’s been going since 1996. There are five books out so far – totally over 5000 pages. So it could take you all season to read this truly immersive, detailed, imagined history of the fictional kingdom of Westeros.

Diana Gabaldon’s Outlander has also been adapted for TV recently, and is often compared to A Song of Ice and Fire in scale and scope. However, Gabaldon’s series has been around for longer, and is set in a real place: Scotland, at the time of the Jacobite rebellion. It’s also much more romantic than Game of Thrones, so will appeal to readers who enjoy epic love stories. The eighth novel in the series, Written in my own Heart’s Blood, was released in 2014 but we’d suggest starting with the first novel (published in 1991) if you’re new to the books.

Looking for a quicker fantasy read? Neil Gaiman’s Neverwhere is a classic of the genre, set in a mysterious world underneath London. And they might be written for young adults, but Suzanne Collins’ The Hunger Games series tell a fantastic story that’s totally compelling and very easy to digest.

At the other end of the spectrum, there are several compelling non-fiction books that make great winter reading too. Probably the best autobiography of 2014, actor Alan Cumming’s memoir Not My Father’s Son is a painfully honest look at his upbringing, his violent father and a shocking family secret that tore his world apart in 2010. If you’ve seen his episode of Who Do You Think You Are?, this is a must-read.

Stand-up comedy fans shouldn’t miss Kevin Bridges new autobiography, We Need to Talk About Kevin, either. Despite Bridges’ rather lean 26 years, this is a chunky tome at nearly 500 pages. But it’s a great read: clear, accessible and very funny – just like the man himself.

And for anyone interested in cartography, Simon Garfield’s On the Map: Why the World Looks the Way it Does is a must-read. It’s a thoroughly engaging history of maps, complete with illustrations, and perfect for dipping in and out of every night before bed.

Let’s not forget about the classics either, many of which feel almost like they were written to be read aloud to all the family by a roaring fire. The festive season is a popular time to revisit Charles Dickens classics like A Christmas Carol and Great Expectations; but if you’re interested in something a bit weightier, Nicholas Nickleby is ideal winter reading. Alternatively, for readers who are already familiar with Dickens’ canonical texts, pick up one that’s less well-read: Hard Times, for example, is an under-sung gem in Dickens’ catalogue of great works.

Elsewhere, George Eliot’s Middlemarch is the perfect long-read to get lost in during the winter. Often cited by writers as one of the greatest novels ever written, it’s an expansive work at over 700 pages and is no less ambitious in its themes: idealism, unrequited love, disillusionment and political reform are all central to the book, and dealt with in captivating detail.

What are your favourite epic winter reads?