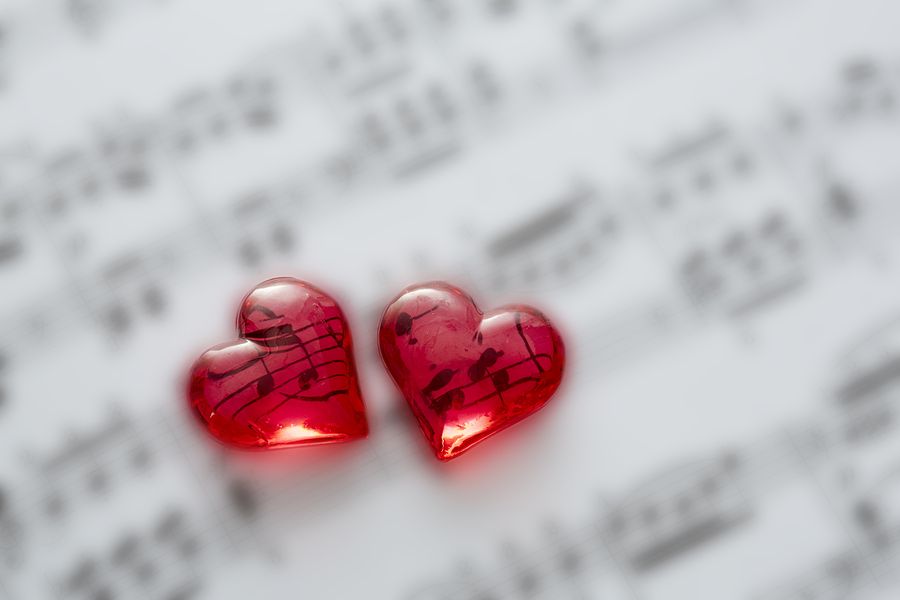 We’ve made a playlist of some of the best love songs through the years, just in time for Valentine’s Day.

Dim the lights, take your partner by the hand and sway together in time to the music of these beautiful love songs.

When I Fall In Love – Nat King Cole


Although this song has been song covered dozens of times over the years, the 1956 version by Nat King Cole is undoubtedly the best. His soft, rich voice and the slow melody combine to make a perfect love song.

In My Life – The Beatles


This 1965 track from the fab four is often featured on ‘greatest song’ lists, and no wonder. Written by John Lennon as a reflection on his past, it’s sad, loving and meditative.

(Everything I Do) I Do It for You – Bryan Adams


A power ballad like no other, this 1991 track from Canadian superstar Bryan Adams was famously used on the soundtrack to the film Robin Hood: Prince of Thieves. Its popularity was so great that it stayed at number one in the UK charts for an incredible 16 weeks in a row.

How Deep Is Your Love – The Bee Gees


One of the most popular Bee Gees songs is also one of the greatest love songs ever made, and was recorded by the beloved group in 1977 for the film Saturday Night Fever.


First written in 1941, this beautiful number was released by Etta James in 1960 and quickly became her signature song. The grand orchestral performance and James’s powerful voice make it particularly suited to a slow, romantic dance.

When A Man Loves A Woman – Percy Sledge


Hold your partner close when you dance to this moving and romantic 1966 track, smoothly performed by Percy Sledge.


Surely one of the King’s greatest tracks, this song was originally written for Presley’s 1961 film Blue Hawaii but went on to top the UK charts.


Written by Eric Clapton for the model Pattie Boyd in 1977, this is a smooth and slow love ballad.


The beautifully haunting Righteous Brothers cover of the timeless love song was first performed by the group in 1965 and topped the charts again when the film Ghost came out in 1990.

I Will Always Love You – Whitney Houston


While the original 1973 version of this love song written by Dolly Parton has a charm of its own, this 1992 recording by Whitney Houston was a massive success. The Houston epic was updated to make use of her incredible vocal range, and became one of the best-selling singles of all time.

Do you have Spotify? Listen to the whole playlist here!