This site uses cookiesClick here to remove this messageMore information
Welcome to Silversurfers - features, offers, news & social forums for the over 50s...
Silversurfers
Log In Join
Silversurfers
Menu
Articles
Articles CultureTelevisionMeet the class of 2018 ready for the Great British Bake Off! 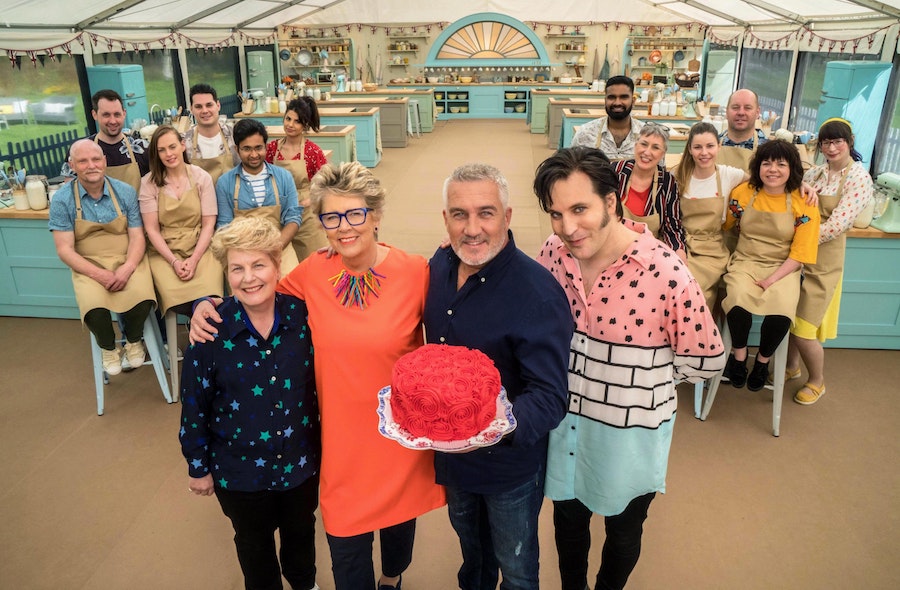 Meet the class of 2018 ready for the Great British Bake Off!

A blood courier, a civil servant and house and techno DJ and a retired air steward are among the contestants entering the tent to take part in the upcoming series of The Great British Bake Off.

They will be joined by a banker, a mental health specialist and a research scientist as 12 new contestants attempt to impress judges Prue Leith and Paul Hollywood.

The upcoming series will be the second to air on Channel 4 after the show parted ways with the BBC.

Mental health specialist, Kim-Joy, 27, was born in Belgium to an English father and Malaysian–Chinese mother, grew up in London and now lives in Leeds, and says her mixed-heritage background is reflected in her open attitude to all styles of baking.

She said: “None of my family really bake, it’s just me that bakes.

“My friends have always wanted me to apply, but I didn’t feel confident enough to apply until this year. I went into the tent mostly for myself to see if I could do it!”

Also born in India was research scientist Rahul, 30, who  moved to the UK on a university scholarship when he was 23 and now lives in Rotherham.

Once in the UK, he discovered new flavours and cuisines that have inspired his East-meets-West style of baking.

He said: “I think pretty much everybody I know will be surprised.

“They know I bake, but not to the scale that I could enter the tent.”

Project manager Ruby, 29, also grew up in an Indian family and remembers her mother making Indian sweets when she was a child.

The Londoner now loves to make cakes and pastries and boozy treats for her friends and family.

Blood courier Jon, 47, has said he loves to bake after a hard day at work and aims to make impressive creations and experiment with different techniques.

The contestant, from Newport in Wales, is a father of four and said: “I bake as often as I can, several times a week, mainly in the day while my wife and children are at school as I get some peace that way!

“The tent is far easier than my kitchen, at home I have the kids running around, after school clubs to pick up from and my wife trying to keep the kitchen clean and tidy.”

Banker Antony, 30, describes himself as a “Bollywood baker” after growing up in India, where he learned to bake with his father.

Now living in London, he said: “All of my friends back home in India will be really surprised.

“They have known me to be a singer in a choir, a two-piece band but never as a baker, so it will be interesting to see their reaction.”

Another contestant drawing inspiration from her background is in-store sampling assistant Karen, 60, from West Yorkshire, whose passion for baking stemmed from the 15 years she owned a house in France.

She said: “My daughters encouraged me to do it,  and I was approaching 60 and I found it really liberating to do something like this.

“As you get older you feel less inhibited, and think ‘Does it matter if you make a fool of yourself?’

“I have always wanted to be even more flamboyant and free, I really wanted to do this for me and I thought it was the right time to step up and take on some challenges and have some fun.”

Her French upbringing has inspired software project manager Manon, 26, who found her passion for baking when she came to London.

She now takes inspiration from her French heritage and her discoveries in London, as well as her travels around the world and said she is going into the tent for her friends.

Asked about her inspiration, she said: “When me and my best friend came to England, Bake Off was one of the first shows we watched together on TV.

“So I think my best friend and flatmate, and my closest girlfriends that have always rooted for me and supported me throughout my baking journey.”

Joining her in the tent will be Luke, 30, from Sheffield who works as both a civil servant and a house and techno DJ and has been baking since he was 10 and full-time parent Briony, 33, from Bristol, who learned her techniques from YouTube tutorials.

They will also compete against retired air steward Terry, 56, from the West Midlands, who will use his background as a prosthetic technician, as well as spoils from his own microbrewery and allotment, to add edge to his bakes.

Encourage to apply for the show by his daughters, he said: “I wanted to change life a little, shake it up a bit, start a new course.

“I am on a new journey in life at the moment, and what better way to start it.”

Also taking part is countryside recreation officer Imelda, 33, from County Tyrone in Northern Ireland, where she learned to cook and bake from her mother and full-time parent Dan, 36, from London, who is taking part on the show after raising children.

He said: “My reasons for taking part in Bake Off were entirely selfish.

“I have been at home looking after the kids for the last six years, so it was a chance to do something for myself.

“With my youngest starting school, I’m now ready to rejoin the world of adults, I hoped that Bake Off might represent an opportunity to do something that I love and am passionate about.”

The new series of The Great British Bake Off, hosted by Noel Fielding and Sandi Toksvig, will begin on Channel 4 on August 28 at 8pm.