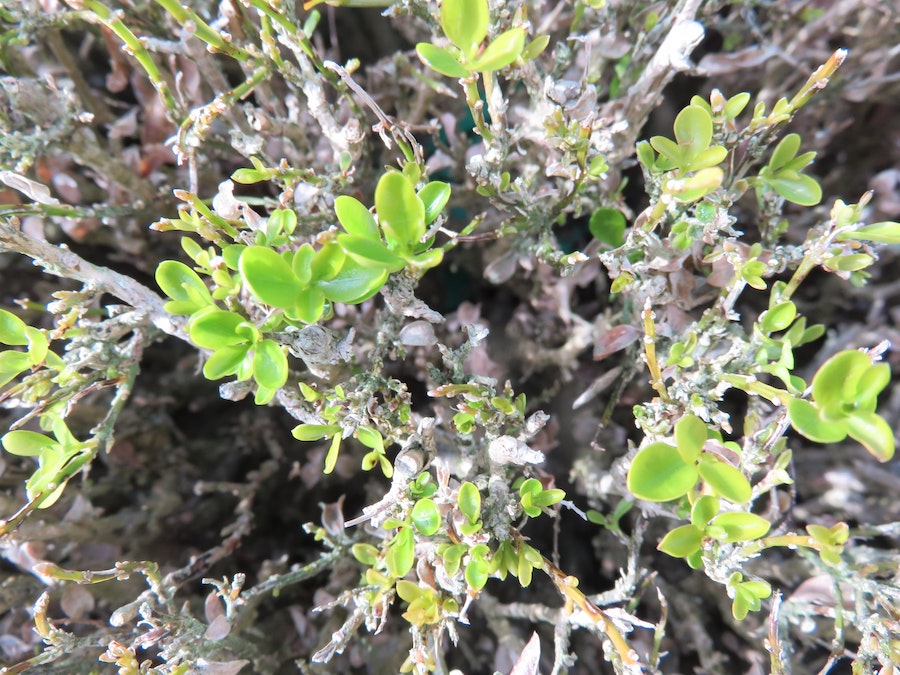 If your box hedges and topiary have been decimated by box blight and box tree caterpillars in recent years, you might want to try some alternatives.

The problem is that we rely on box for so many things – topiary, carefully clipped hedging and shapely border edges. It’s easy to keep neat and tidy, while its small evergreen leaves make a terrific foil for brightly coloured flowers.

What can we do about the box tree caterpillar?

The box tree moth, originally from East Asia, arrived in Britain in 2007, but it wasn’t until 2011 that larvae were spotted in private gardens in the home counties and it still proving a problem, particularly for gardeners in the south east.

The yellow, green and black caterpillars may be difficult to see unless you look hard, but if you find them, pick them off. For larger outbreaks you may have to go to the garden centre or online for a biological control product.

The entomology and pathology teams at the RHS have already had 1,200 inquiries about box tree caterpillars in the last year and are anticipating damage to be high in August – as the current generation of caterpillars will by now be approaching pupation and, as they are larger, their feeding damage will be more noticeable.

How bad is box blight?

Box blight, a fungal disease which appeared in Britain in the 1990s, causes the leaves to brown and eventual defoliation, as stems die back.

The RHS teams anticipate, however, that box blight will be down due to the largely warm and dry weather this summer, which was also the case in 2018.

Will your box recover?

If you want to persevere with your box, the blight doesn’t kill the roots so you may be able to revive it, but not without a lot of TLC.

To aid its recovery, cut out damaged areas in dry weather, make sure your sharp shears are disinfected every time you use them and don’t compost the infected clippings.

Good plant hygiene is important if you want to prevent further outbreaks, so  remove fallen leaves and debris from the ground around your box, make sure there’s good air circulation and don’t water them from above.

In spring, keep box strong by giving them a feed of blood, fish and bone meal.

What alternatives are there?

If you don’t want to risk the box tree moth or box blight ruining your prized topiary and hedging, could you plant something which won’t be affected?

If you want a plant which looks like your prized box, then this slow-growing evergreen is hard to beat. It needs light, well-drained slightly acid soil in sun or partial shade and makes an excellent low hedge.

Dwarf cultivars such as ‘Jean Hughes’ are very robust and perform well in hedge or topiary form. It also boasts a lovely mossy foliage.

This is easy to grow and inexpensive, but it is more vigorous than box so will need trimming several times a year. However, it will quickly produce a sturdy hedge and can easily be shaped for topiary.

This compact evergreen can be easily clipped to hedge forms, providing bright green foliage which can be trimmed in late summer.

This makes a great topiary alternative to box as it is an easily clipped evergreen shrub, and can also be planted to make neat hedging.

This evergreen with little spiky holly-like leaves is perfect as a low hedge, but also produces striking orange-yellow flowers from April to May, followed in autumn by purple-black fruits which the birds love.

The RHS is asking those who have box tree caterpillar in their gardens to report it as part of its ongoing citizen science survey to help the charity better understand the caterpillars’ spread. For details go to www.rhs.org.uk. 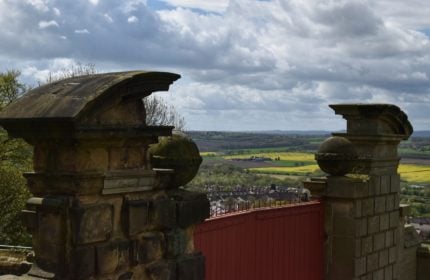