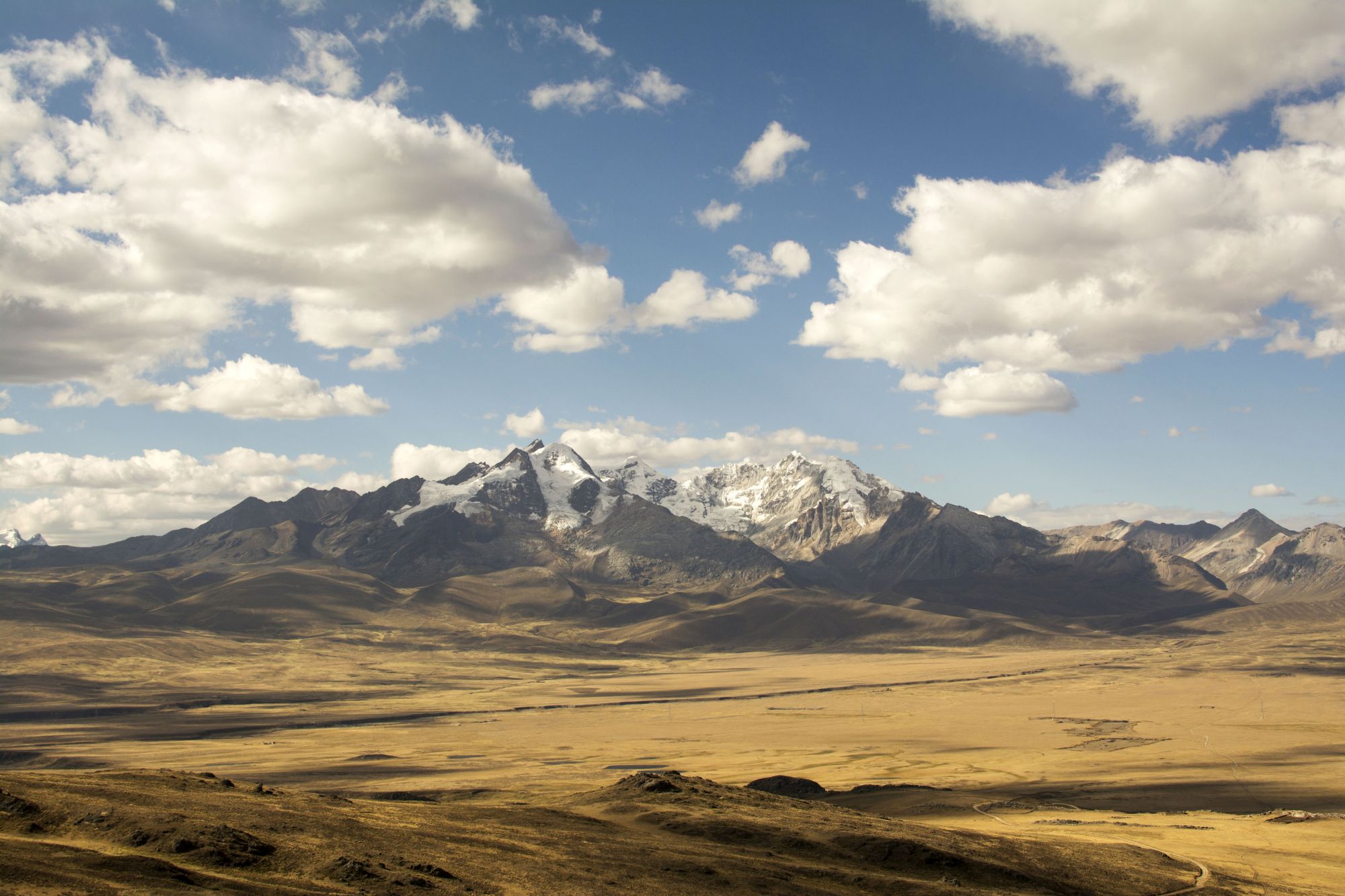 Sarah Marshall examines the lure of the Rockies, the Himalayas and the Andes.

Extending thousands of metres into the sky, mountains are home to an interesting mix of wildlife and people. But what does it take to survive and thrive in such extreme conditions?

A new BBC Two wildlife three-part series, Mountain: Life At The Extreme, explores the wildlife and people who live in three of the most famous ranges – the Rockies, the Andes and the Himalayas.

Steve Greenwood, who produced and directed the first episode, gives us a taste of what to expect.

What was the biggest challenge you faced during filming?


Getting to places – particularly in the Himalayas and the Andes! For the filming of a segment about glacier birds, who live 5,000 metres above sea level in the Andes, it took the team 10 days to get there – mainly because they needed to acclimatise to the altitude.

These places are also incredibly remote. We needed to transport about half a ton of equipment and often had to use pack horses or other hardy animals. It’s the only production I’ve ever heard of where there’s a line in the budget for the hire of yaks!

Big cats feature in all three episodes. How tough were they to track?


Animals are few and far between in these environments and most have evolved not to be seen, so you have to be patient – often in extremely demanding conditions.

We filmed pumas in the Andes, cougars in the Rockies and snow leopards in the Himalayas.

I was filming the cougars. People can spend a lifetime in the Rockies and not see them. I was in Montana having a coffee with one of the wildlife cameramen out there, and he told me of a cougar using a deserted ranch to stash its kills.

So we jumped in the car and found the property, set up camera traps and spent months tracking the female cougar. Eventually we managed to get some footage of this extraordinary animal bringing a kill into the ranch and eating it inside – something I’ve never heard of before, and I don’t think has ever been filmed.

What other surprising wildlife encounters did you manage to capture?

In wildlife films, you want to have some animals people are familiar with – like the grizzly bears and cougars – but we also try to film some animals that people have never heard of and might be surprised about.

There’s a tiny little animal called a salamander that’s about the size of a newt and they live in ponds in the Rockies, formed when snow melts in the mountains.

These ponds are around for two to three months before they dry up, so the conditions change quickly. The salamanders mainly feed on insects, but sometimes there’s not much food available, so they’ve evolved to metamorphosize into cannibals. Their mouths get wider and they grow sharp teeth, so you get these ephemeral spring ponds full of little cannibals wanting to eat each other.

In the Andes episode, there’s a sequence about a frog that lives in the cloud forests of Ecuador. It was only discovered a few years ago and only lives on 10 trees. It’s called a shape-shifting frog, and remarkably it has the ability to change the shape of its skin. Biologists have no clue about the mechanism!

One of my aims is to get kids turned on by nature – and those sorts of stories appeal to the 10-year-old in all of us.

The programmes also look at humans who’ve made their home in the mountains. What sort of person chooses to live in those conditions?


All the people we met shared a real understanding of the fickleness of mountains. Whether it’s the Lake District or the Himalayas, you’ve got to treat mountains with a  huge amount of reverence and respect; you never quite know what will happen in 10 minutes’ time.

Mountains have an atmosphere and a wonder about them. That’s something even if you go to the Brecon Beacons you can appreciate; when you look down, it makes you feel differently about life.

Are some adventurers addicted to the danger?

Climbers will often refer to type 1 and type 2 fun. Type 1 fun is a great day when everyone’s laughing; type 2 fun might be grim at the time but afterwards you go, ‘That was brilliant’. People have an addiction to that.

In the Rockies episode, we filmed a remarkable man called Jeff Shapiro, who is a wingsuit jumper. He goes to 3,500ft high clifftops wearing a wingsuit – looking like Batman – and jumps off.

I have no idea how people summon up the nerve to do something like that. I guess that extraordinary feeling of being alive must be incredibly addictive.

Is an element of fear necessary to survive?

Hilaree O’Neill is this fantastic woman we filmed in Colorado. She’s a mountaineer and extreme skier who’s been around the world filming in some of the toughest places; she climbed Everest and the mountain next to it in 24 hours with a sprained ankle!

But she’s also a wise person. She talked about being afraid in the mountains and admitted she sometimes thinks, ‘Oh my God, I just want to get out of here; will the mountains please let me go!’

You need to have that feeling that, if you take a wrong step, it could all go wrong, because ultimately, mountains have no sympathy for us.

Mountain: Life at the Extreme starts on BBC Two on August 30 at 9pm.