This site uses cookiesClick here to remove this messageMore information
Welcome to Silversurfers - features, offers, news & social forums for the over 50s...
Silversurfers
Log In Join
Silversurfers
Menu
Articles
Articles CultureTelevisionAn unofficial ranking of all the food and drink in this year’s Christmas adverts 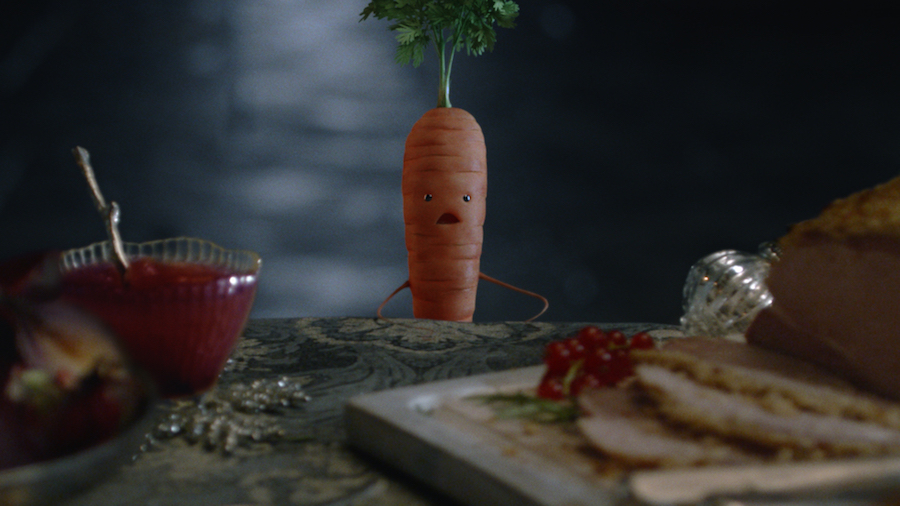 Who’s focused on the turkey, and who’s more preoccupied with going viral?

Sure, it might only be mid-November, but if you were to look at the ad breaks on TV, you’d be forgiven for thinking it was December 24 already.

Most of the major supermarkets and shops have debuted their Christmas adverts by now, with festive giant John Lewis joining the fray today with their offering, which stars none other than Elton John.

The ads are heavily scrutinised every year – which feels the most festive? Whose is the biggest tear-jerker? Who’s invented the cutest animated character?

However, what we’re most interested in is the food and drink. It’s what most retailers are predominantly selling, but sometimes the story is so elaborate we forget about the main event. With this in mind, here’s our verdict on the food and drink offerings in each ad from the major shops…

Sainsbury’s Christmas advert ticks all the boxes: Cute kids, adorable costumes, a catchy song. You can’t deny how endearing it is, but does it make us think, ‘Where is the food?’

It’s so elaborate, one kid is literally dressed as a plug, and yet not a morsel of food in sight. For this one, Sainsbury’s definitely wanted to go viral rather than show off its mince pies.

John Lewis is the undeniable king of Christmas adverts, so we couldn’t wait to see what it came up with this year. Would there be another trampolining dog, or what about something similar to the penguin? Well, they actually went for a real-life star: Elton John. That’s right, John Lewis pulled off a coup and got rocketman to sing in the advert, making for a very well-thought out hashtag: #EltonJohnLewis.

Sure, we see some drinks, but that’s not really the point of the spot. Did we mention Elton John is in it? Because he’s totally there, so who cares about anything else.

Christmas adverts tend to fall into two categories: A whimsical story, or a minute of mouth-watering food.

Aldi did its best to combine the two for its ad, starring Kevin the Carrot saving his family from an evil parsnip. In the process, he strides along a Christmas table laden with all the traditional dishes.

Considering it’s a one-minute story arc, we don’t think Kevin’s going to be winning any Oscars, but we still appreciate the effort from Aldi. Although we’ve got to say, Kevin’s kids are so cute we’d now rather not eat any roast carrots this December…

Asda really pulled all the stops out this year, putting on quite the production with scores of characters racing down a snowy hill, as well as an appearance from Santa himself.

Even if food isn’t the focus of the spot, it’s still very much an element – we see a fully laden Christmas table with flashes of turkey, macarons, canapes, pudding and potatoes coming into view.

It’s a good effort of showing off all the trimmings of Christmas, but we’re really distracted by one thing: How is that woman wearing a thin silk strappy dress running through the snow so joyfully? Isn’t she freezing?

If there’s one thing M&S really knows how to do, it’s make food look sexy. Don’t deny it, the sensual, “This is not just a chocolate pudding…” advert is iconic.

They’ve used this to full effect in their latest Christmas ad, take the obligatory slow-mo of a fork going through a luscious mince pie.

It’s a valiant effort of plugging the dishes, although they really labour the point of it being from Marks & Sparks. Sure, we know it’s an advert, but we prefer our marketing to be a little less obvious. Things do get a bit niche; can a “shimmering chocolate acorn” be anyone’s Christmas favourite, really? It’s a bit random, but does look tasty.

In terms of on-screen food and drink, we’ve got to name Tesco this year’s ultimate winner. During the minute-long spot, food isn’t off-camera, and we’re shown every single festive dish you can imagine. We’re talking Yorkshires, turkey, sprouts, mince pies, cheese, chocolate, pudding, custard, champagne – if it’s eaten or drunk at Christmas, chances are Tesco has featured it.

We’re not even sure we’re entirely listening to what the actors are saying, we’re too busy salivating over what’s on the table.