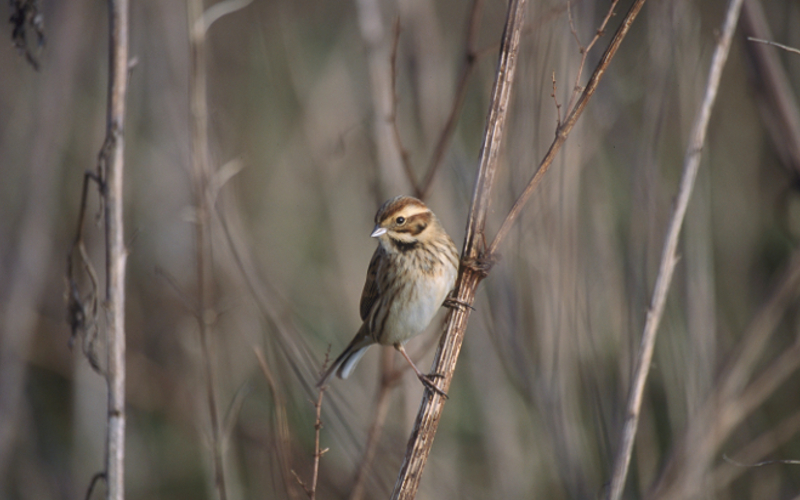 How to identify your Winter garden visitors

Winter visitors – which new species will you get in your garden at this time of year, how to identify and help them.

During the winter most gardens will see the arrival of winter migrants.  Some will have travelled thousands of miles to escape the harsh weather further north, while others may be local birds from the surrounding countryside, driven into our gardens by lack of food in the countryside.

All of these birds will eat sunflower hearts and most will also appreciate a chance to drink and bathe. 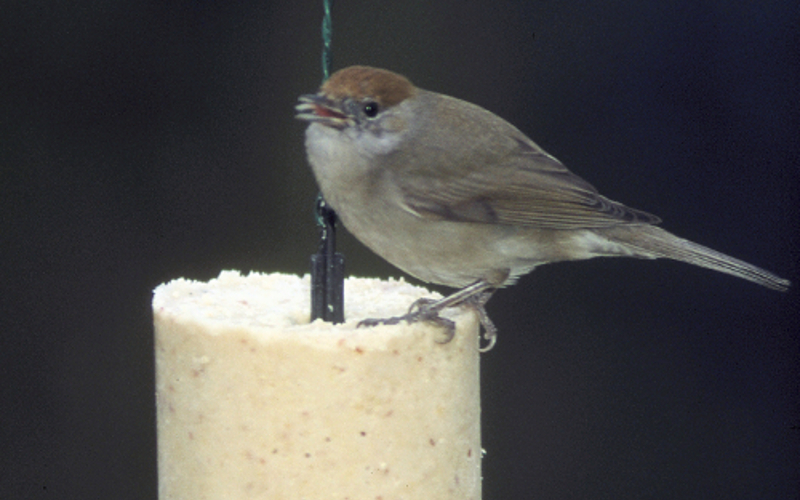 Blackcap.  The male of this species is easily identified by, you guessed it, the black cap.  The rest of the bird is a dusky grey.  Females have brown caps and a “warmer” grey plumage.  They will readily take sunflower hearts and adore peanut cakes, particularly the insect variety.

They used to be regarded as a summer visitor but as “our” birds depart south in the autumn they are replaced with birds that bred in Germany and Austria, taking advantage of our well-stocked bird tables and milder climate. 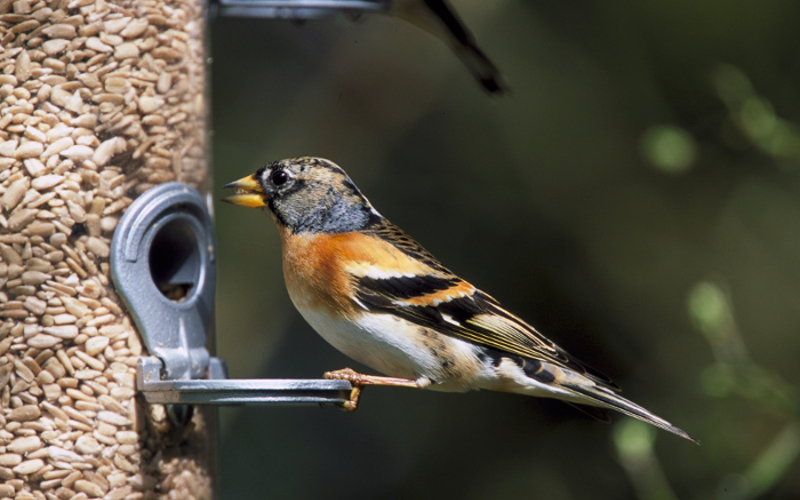 Bramblings closely resemble Chaffinches and can be regarded as a northern equivalent of that species, only arriving in large numbers only when forced across the North Sea by severe weather or food shortages.  They readily eat sunflower hearts but kibbled peanuts seem to be a particular favourite, probably because they are nutritionally almost identical to beech mast, the main winter food of Bramblings and other forest species.

The male Brambling is a like a warm-orange coloured Chaffinch, with a browny/black head, neck and upper back in autumn which gradually changes into a glossy black by the spring.  The female is much less obvious but always appears to have dark scales on the back and flanks.

The best character is the white rump on both sexes, which is quite obvious in flight.  If you see a flock of Chaffinches and notice a few white rumps as they fly away, be on the alert for Bramblings!  If it is a mixed finch flock bear in mind that Bullfinches and Goldfinches also have white rumps. 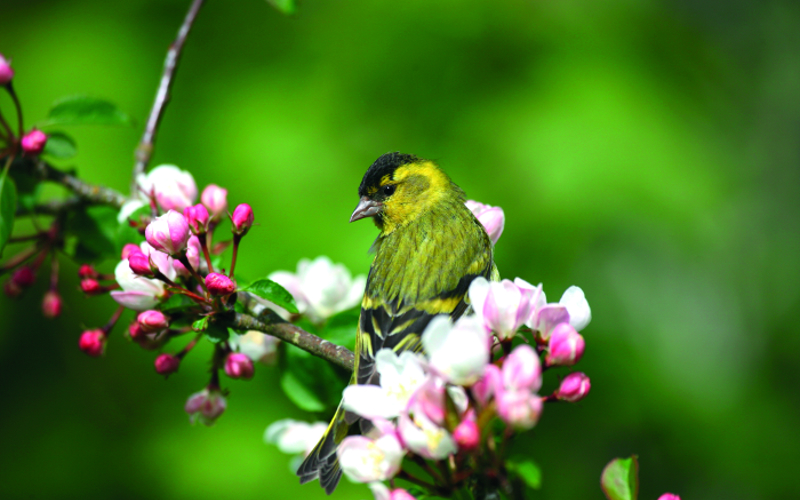 Adult male Siskins are a bright yellowy-green with a black cap and chin. The rump and outer tail is almost a pure yellow. Females are more soberly attired, being a browny-green and lacking the cap and chin markings.  It’s worth having a closer look at the dull birds to see if there is a small black bib or red on the forehead.  If both are present then you have Lesser Redpolls, a charming bird that is on the red list of birds of conservation concern. 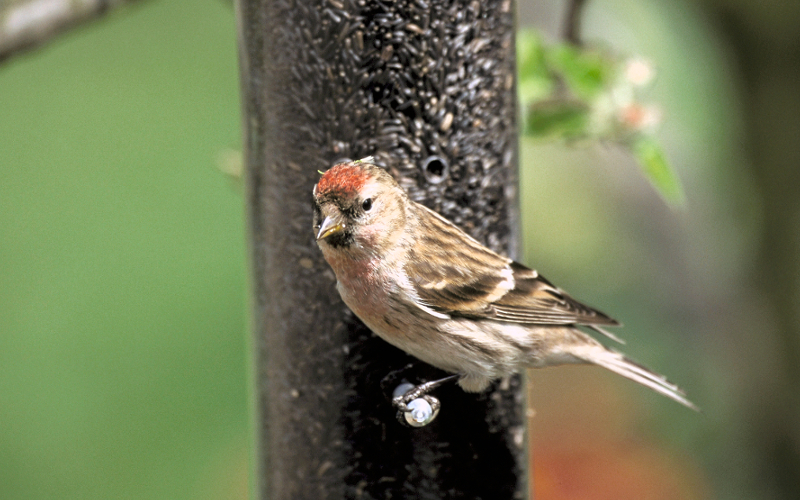 Siskins tend to visit gardens in greatest numbers in February and March as they return to their nesting areas in coniferous woodland.  In recent years Lesser Redpolls seem to be joining in with the Siskin flocks, adding extra interest at the bird feeders.

Both species can be quite confiding, sometimes staying on feeders until they are taken down for refilling, and both species seem to prefer kibbled sunflower hearts or nyjer.

Reed Buntings are a scarce winter visitor to gardens, normally only leaving the countryside towards the end of the winter as natural food supplies dwindle.  The species is a “red-listed” species of conservation concern so it’s important to help them survive local food shortages.  Again sunflower hearts are the food of choice but they will also take a variety of other seeds such as those found in our table seed mix.

Field guides tend to show the adult male in breeding plumage – an unmistakeable bird of similar size and appearance to a House Sparrow, but with a jet black head and broad white collar.  In winter both sexes can look more like a “funny sparrow” with a pale brown moustache, eye stripe and crown stripe.  The flanks are usually delicately streaked and if you are at all familiar with House Sparrows you will realise that this bird is something else. 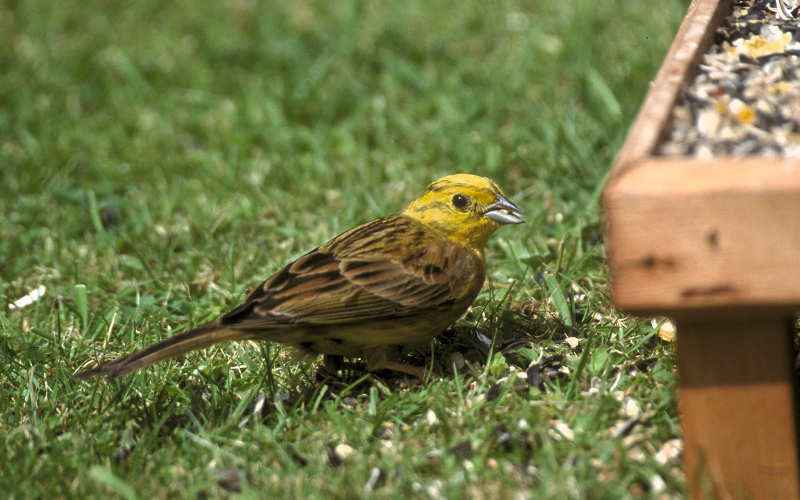 Reed Buntings are occasionally joined by Yellowhammers, which are also buntings.  The females can be hard to separate from Reed Buntings in winter, but the males are unmistakeable with bright yellow on the head and breast.

The Portable Observation & Photographic Hide from CJs allows everyone to get up-close and personal with the wildlife around them; from a beginner who just wants to get a little closer to nature to the professional photographer wanting the perfect close up. 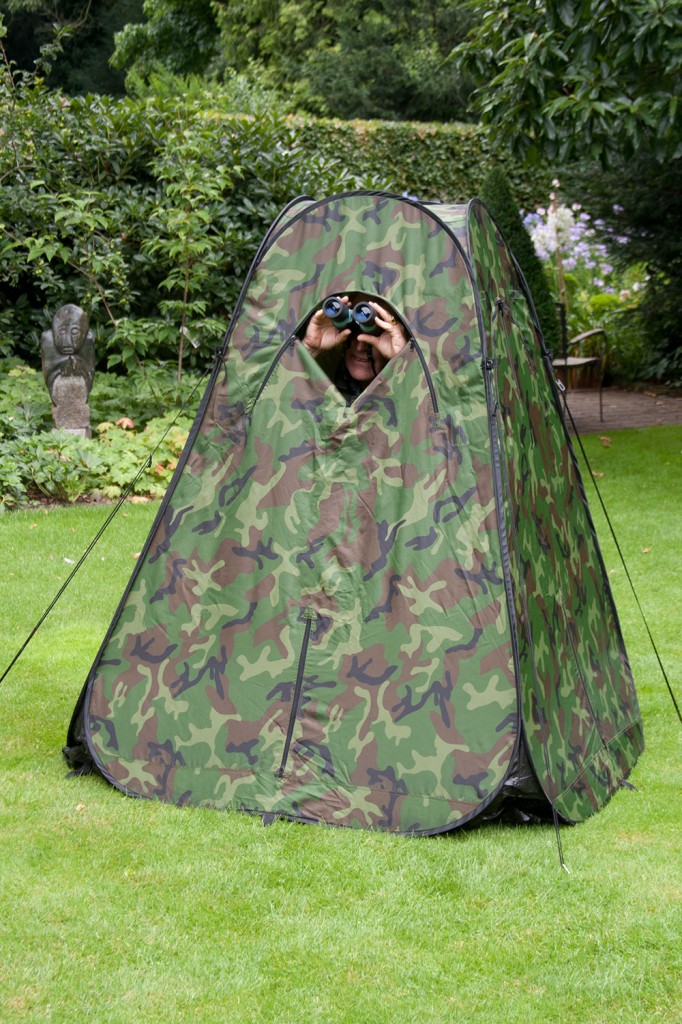