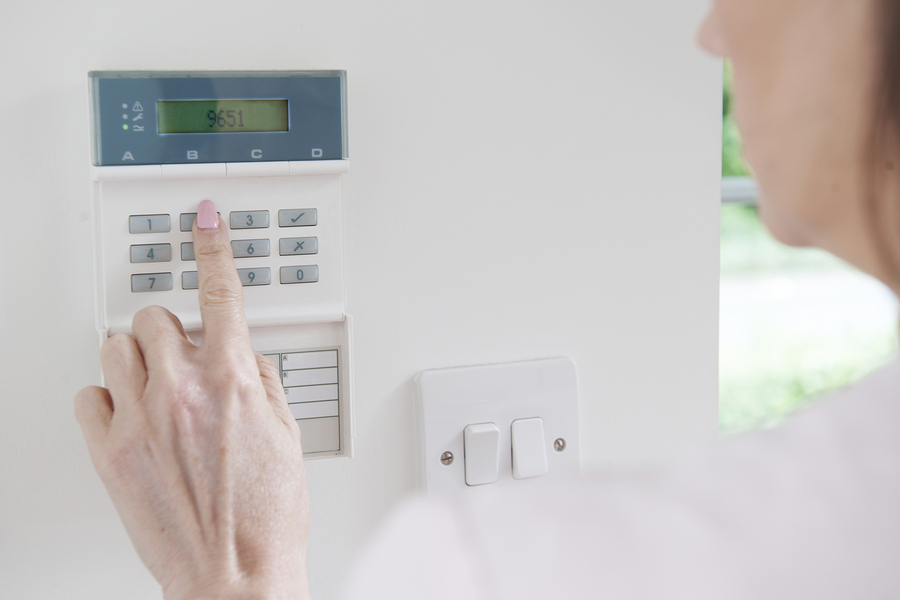 There are few things more distressing than coming home to find that you have been the victim of a burglary.

Even if very little has been stolen and damage is limited, the psychological effects of knowing someone has been able to gain access to your home and wander around from room to room will take a long time to ease. There are a few things you can do to make your home, if not Fort Knox-like, but at the very least a building which says ‘stay away’ to prospective intruders

One major deterrent for any would-be burglar is to have your home and the surrounding area bathed in light. Leaving the house lights on overnight when you’re away is one thing, but that can make a burglar who does their research on a particular target realise that ‘lights on’ doesn’t necessarily mean that someone is home. Having timers in various rooms around the house so a light comes on when darkness is about to fall and goes off at bedtime is a better idea. It’s also a good idea to have sensor lights on the outside of your home (back and front) which are activated once they detect movement around the house.

They can be expensive, but a full alarm system will offer you peace of mind whether you’re away on holiday or even just at home in your bed. As well as informing your neighbours whenever you’re away for a weekend or longer, you should make sure at least one of them has a key and details of your alarm code so that if the alarm goes off by accident, they can be on hand to switch off and reset the code (and don’t make the code simple to guess for an intruder who gets that far: eg 1234). A cheaper option is to have an alarm-like box fitted at the front of your house. Giving off the illusion of security can often be as effective as a fully activated system.

The key to success

It’s unlikely that a burglar would spend too much time searching for a spare key so don’t leave it in classic locations such as under a pot plant or doormat. Even if you have taken all the above precautions with lights and alarms, don’t leave a key in an inside lock that is visible from the outside, such as in a conservatory. The burglar could gain access by smashing a window and while your alarm should go off shortly afterwards, you’ll still have the inconvenience of getting that broken glass replaced.

Don’t make it easy for them

You generally won’t find burglars wandering around with their own ladders, so don’t do their job for them by having a long ladder lying around the garden. Combine that with windows that are unsecured or, worse still, simply left open, it’s like Christmas for the intruder.

What steps have you taken to make your home more secure?