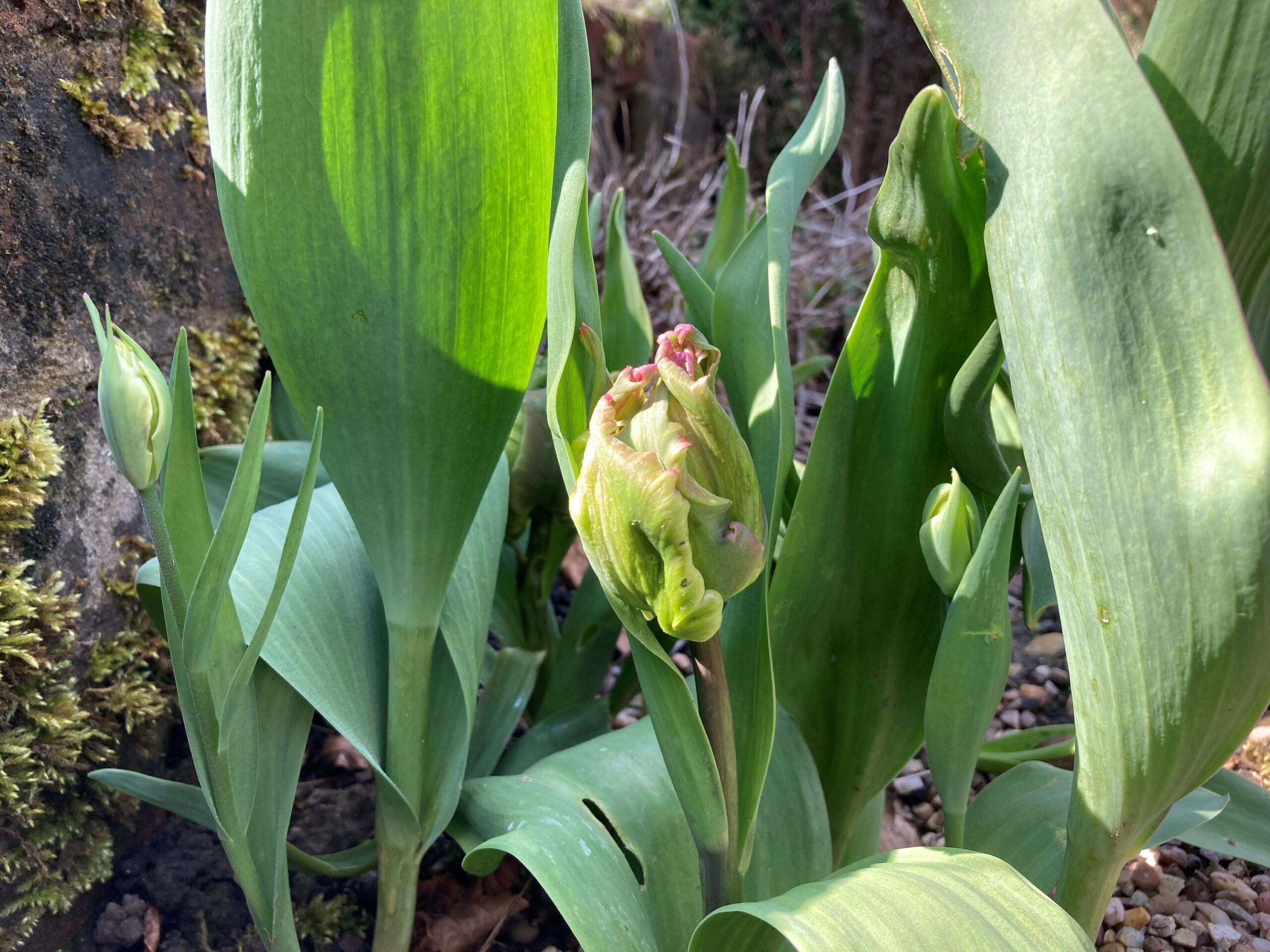 When many tulips are now standing tall, some are sadly lacking in stature with unimpressive blooms

For some gardeners, tulips are having a bad year.

In my own garden, the normally majestic-looking bulbs are somewhat lacking, the flowers appearing closer to the base of the leaves than at the top of them, and looking a bit deformed.

It’s a problem that has faced numerous gardeners this spring and tulip expert Philippa Burrough, owner of Ulting Wick, a vibrant eight-acre garden planted with thousands of tulips and spring planting, as well as dramatic late summer beds and mini annual wildflower meadows, is no exception.

The weather is key

“Our winters are getting milder, so tulips need a temperature of 45 degrees and below for roughly 10 to 12 weeks and we are just not getting it,” says Burrough, who has been opening her garden up with the National Garden Scheme for charity for years. “Our winters just aren’t cold enough.”

“The early ones get flowering earlier, they get shoots up earlier. Even when we are getting a cold snap -which happened recently – they are not becoming that cold. It’s basically a problem to do with global warming.

“Quite a few of the tulip growers are thinking of moving their operations further north. There’s talk about going to Poland or putting tulips into cold storage. They don’t particularly like the wet either, so that is a problem.”

If you’ve planted tulips in a pot and left them close to the house, perhaps in the shelter of a porch, over the winter, that can become a problem if the pot dries out, says Burrough. “It’s an issue when planting tulips in a pot, particularly in February which is when they actually start doing all their growth. I’ve been told that if you put them in a pot you must make sure you water them in February, because that’s when the bulbs start putting all the energy in to go up.

“I had that problem as well – I have three pots which are half under a barn roof and half out. You think we’ll get enough rain but I have to consciously remember to water them in February, which can be our driest month.”

For more reliable options, Burrough says, ”I think the late varieties are better, like ‘Barcelona’ (bold pink), and the late April and early May flowerers like ‘Paul Scherer’ (maroon-black), ‘City of Vancouver’ (creamy yellow) and ‘Rosalie’ (pale pink).”

“Keep an eye out for viruses and be vigilant, so make sure you clean your pots every year. I disinfect mine. Change the compost. Never replant bulbs in the same compost and use peat-free. They need alkaline conditions. If you get a virus in your soil, you’ll have to rest it for a while.”

Lift some, not others

“Those you can leave in the ground over winter include ‘Ballerina’ (bright orange). Others which are also really good at repeating (coming up year after year) include ‘Light and Dreamy’ (sugar pink), a mid-season variety, and  ‘Negrita’ (deep purple).

“But if you leave them in, make sure you deadhead them, leaving the energy in the bulb, and let the leaves die down naturally. Don’t cut them down or tie them up.”

Is there any hope for the tulips which now look stunted and squat?

“They might flower,” says Burrough, “but they are unlikely to be that tall or full.”

The garden at Ulting Wick will be open on Sunday, April 25 and Friday, April 30, through the National Garden Scheme (ngs.org.uk). Visits also by arrangement.

This is how often you should actually replace your underwear

How to repot your houseplants: all your questions answered

7 foods you should never feed your dog