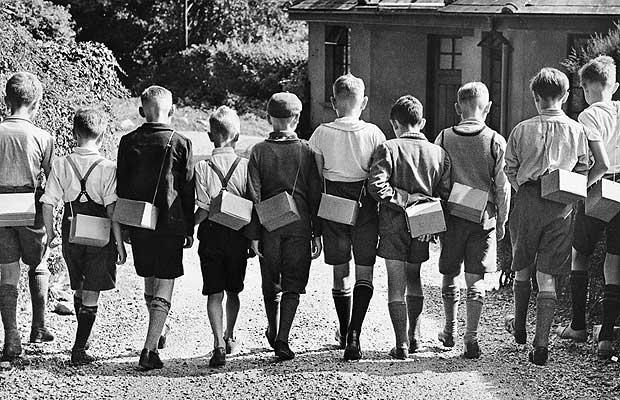 A little poem I wrote to pass the time many years ago, I hope you enjoy it.

When it all ended people danced and they’d sing
They all hoped & wondered what the new world would bring
Gone is the sadness, the hardship and sorrow
Gone is the fear of what would happen tomorrow

The world was at peace, the children were playing
A new deal for people is what politicians were saying
The smell of the grass just after mowing
The stars in the sky, the moon big and glowing

Days out at the seaside, or off to the Zoo
Sit on the hillsides and take in the view
Plenty of sweets and fruit of all kinds
As children we had so much to fill up our minds

And now it is twilight and time to retire
Sitting at home, feet up by the fire
Collecting our pension and eking it out
But enjoying it all, is what life’s all about

Hello all who read this. I didn't know this site existed but now that I have found it, I like it. I was born in April 1940 in the town of East Bedfont near Feltham, Middlesex, my mother bless her was left to bring up 2 children on her own since about 1944, it was a hard life for her as she was born a very ill child, she died at the young age of 42. I married for the first time and had 2 daughters, that marriage ended and I entered into a common law marriage and had another daughter who still lives with me, she is a friend as well as a daughter, that common law marriage ended in 1993, since then it has been just me and my daughter, I now live on the East Coast near to Great Yarmouth, I retired here in 2005 and enjoy being close to the sea for my strolls on the beach, to sit and people watch , I listen to my music and sometimes go for an English breakfast, now I must watch my weight so the breakfast mornings have ceased. My main hobby is Computers, I like using them to create my Family Tree and also to keep in touch with friends and family, my other love is music, just listening not playing. I do watch TV, mainly documentaries. Well that's all folks, if I think of anything wlse I will write it on here. Brian

Latest posts by NorfolkViking (see all)