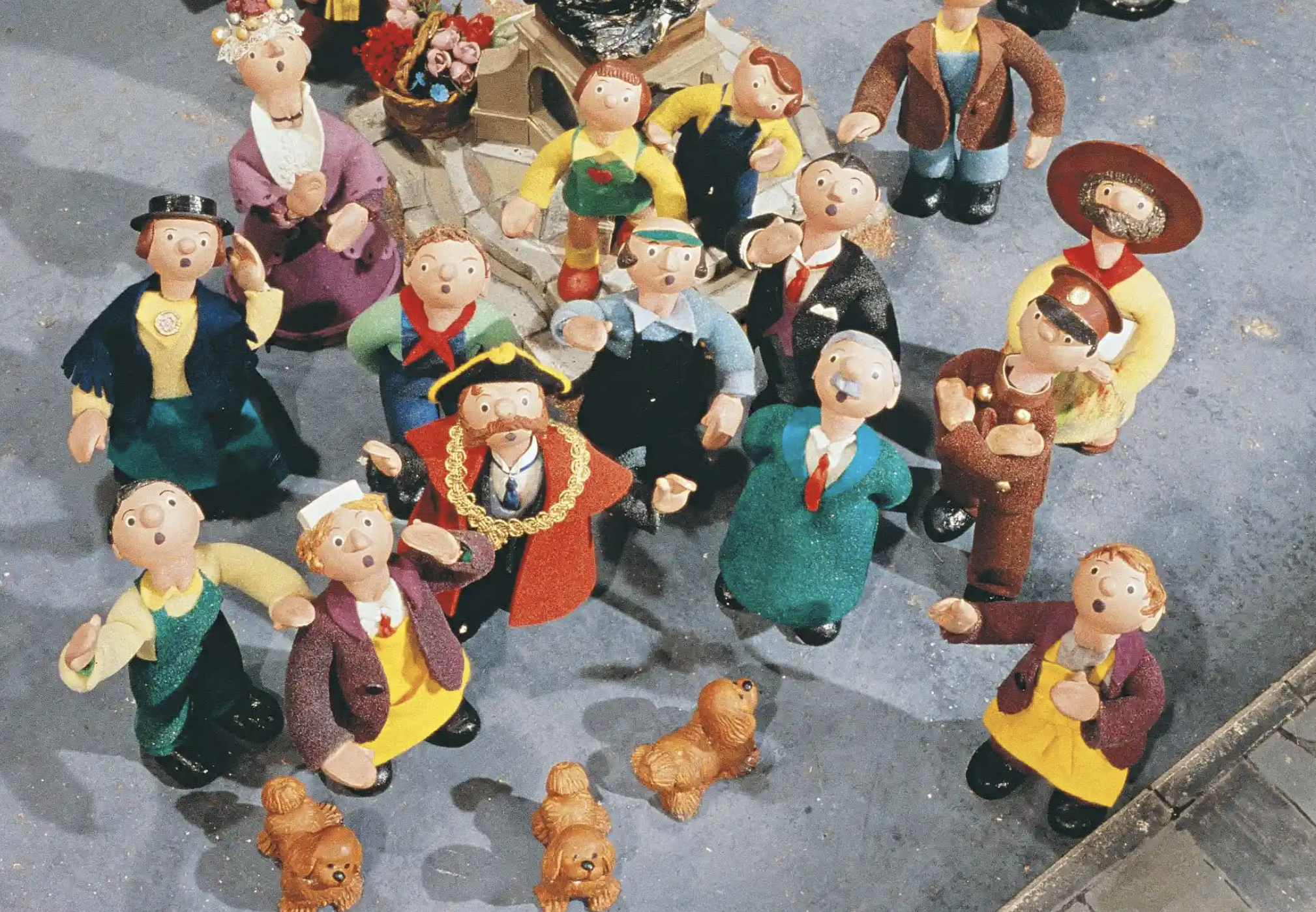 Here is a box, a musical box, wound up and ready to play. But this box can hide a secret inside. Can you guess what is in it today?

If this reawakens some childhood memories, then you are just the right age to remember these iconic kid’s TV programmes of the 1960s.

Even though there were only 39 episodes, Camberwick Green and its follow up series Trumpton and Chigley remain one of the most popular series of children’s programmes ever made by the BBC.

Its scripts, songs and animation were excellent, and Brian Cant’s inspired narration really brought the characters to life.

Who could forget Windy Miller and of course Trumpton’s fire brigade:

Featuring Florence, Ermintrude, Zebedee and of course Dougal the dog the Magic Roundabout aired each Monday just before the early evening BBC news so securing an audience of over eight million viewers.

With a real 60s feel, the Magic Roundabout included clever commentary with frequent references to topical issues allowing both children and their parents to enjoy it.

Although thought of as a British series, The Magic Roundabout started its life as a French production. When it was re-invented for British audiences Eric Thompson (father of actress Emma) was chosen to re-write rather than translate the French into English. Thompson also narrated.

Created by Michael Bond (author of Paddington) and narrated by Gordon Rollings The Herbs had characters such as Sir Basil and Lady Rosemary, Dill the Dog, Sage the Owl, the schoolteacher Mr Onion and his pupils the Chives and not forgetting Parsley the lion.

In fact, Parsley was so liked that he featured in his own spin off series, The Adventures of Parsley which was on our screens until the late 1970s.

Another original French series, Hector’s House was acquired by the BBC in 1968 and used British actors to voice the characters.

Featuring a sad eyed dog named Hector and Zsa Zsa the cat who lived in a house in the middle of a garden of flowers and Mrs Kiki the frog who lived next door and spent most of her time spying at them over the garden wall.

Zsa Zsa and Kiki would play tricks on Hector leading him to say his catchphrase at the end of every episode “I’m a great silly Hector.”

Pinky and Perky were dancing pig puppets, created and controlled by Czech puppeteers Jan and Vlasta Dalibor. Perky was the one with the hat.

Speaking and singing in high-pitched voices, created by re-playing original voice recordings at twice the speed, Pinky and Perky were great favourites for many years.

The duo sang and danced to current pop tunes and featured some notable human guests such as Michael Aspel, Stratford Johns, Freddie and the Dreamers and Henry Cooper.

Pinky and Perky appeared on numerous shows such as Crackerjack and were so successful they even appeared on the Ed Sullivan show in the US.

TV to watch in 2021: The shows that will be lighting up the small screen
JOIN SILVERSURFERS AND...