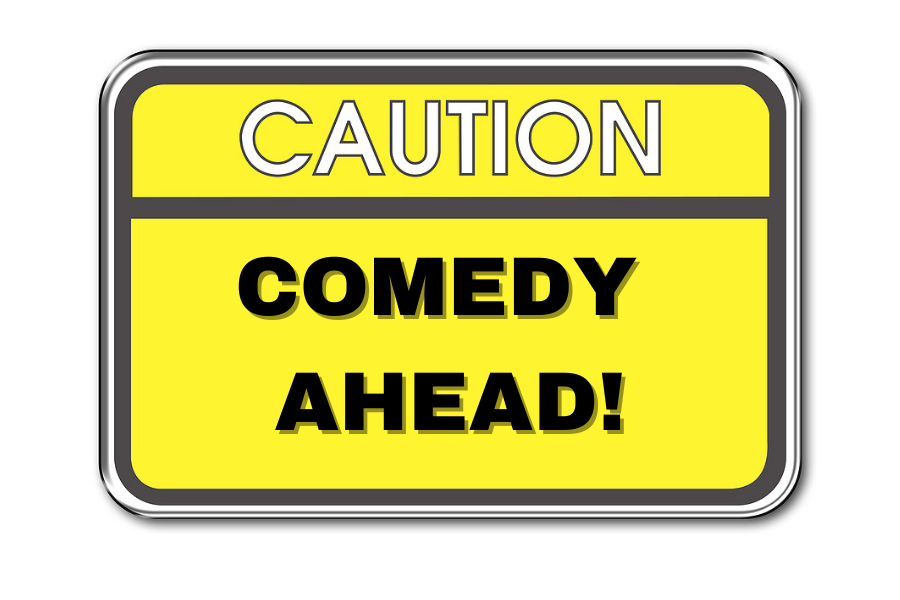 Hope I won't be shot down for daring to ask this question ...

It may seem like comedy is no longer possible, because if it offends a single person in society the comedian will immediately be “cancelled”.

Over the past few years, people have become more sensitive when it comes to topics concerning race, gender identity and sexuality. We have seen some important benefits due to this. Granted, we still have a long way to go, but we have made great strides. And because of this, we have become more aware of how jokes can harm – for example, by reducing a group to a single, inaccurate stereotype.

Take a look back to the sitcoms of the 70s – how many of them would be screened today? And also more recent comedies such as Little Britain and Citizen Khan.

As a result of this increase in “wokeness”, comedians have been affected.

According to the BBC, Little Britain will no longer be streamed on iPlayer because “times have changed”. Netflix followed suit and added Matt Lucas and David Walliam’s other hit series, Come Fly with Me, to the banned list.

When we were growing up, it was acceptable to make light of all sorts of things that today we can’t make jokes about.

Is comedy a ‘casualty’ of the ‘woke culture war’? Do you think this is a good thing?

247 people have already voted, what's your opinion? Yes No

ian blair
3 days ago
0
Thanks for voting!
Just what does "wokeism " mean to the the uneducated and "un-PC" people like me ? I think people who have no sense of humour are offended by anything they can't understand and would like to inflict their misery on the rest of us. If you don't like the programme that offends you , TURN IT OFF.
ReplyFlag as inappropriate

MissThyme
15th Jul 2021
0
Thanks for voting!
I don't see any reason why these programmes can't be aired, with a preceding warning that 'some content may cause offence'. Our world is being 'cleansed' to such an extent that it no longer reflects reality.
ReplyFlag as inappropriate

viking
19th Jun 2021
0
Thanks for voting!
Unfortunately wokiness does not finish with " racism " and as for
" injustice in society " this is a complete and utter hypocrisy as the aims of wokers is the complete opposite. [ see Billythequiche last thread }.
ReplyFlag as inappropriate

jeanmark
20th Jun 2021
0
Thanks for voting!
@viking
Viking, I agree which is why I asked the question as to whether the word is misunderstood or misused to mean the opposite to its dictionary definition!
ReplyFlag as inappropriate

jeanmark
19th Jun 2021
1
Thanks for voting!
If the term "woke" is defined as “alert to injustice in society, especially racism" (Oxford English Dictionary), why do we object to it? Is the term misunderstood or misused? Should we not objected to comedy that targets certain groups in a derogatory fashion?

It's a good job Benny Hill is no longer with us, he would not know how to act in todays politically correct society. As to Bernard Manning...
ReplyFlag as inappropriate

Billythequiche
18th Jun 2021
2
Thanks for voting!
Wokeism and political correctness have rather spoiled comedy for me (I can only speak for me personally). A lot of model comedy is as mysterious to me as Monty Python was to my dad.
If you look back at the history of comedy; the court fools/jesters, Punch and other satyrical commentators, the casual violence of black and white comedy and cartoons; the common thread is that they were "close to the edge" or "near the knuckle". Yes, cliches, but descriptive. They were also "of their time". They mirrored or lampooned the times they were in. Taken out of time and context they may not seem funny and in a society were there are a vocal minority determined to be offended by everything that is different to their narrow world view or anything that can be used for personal publicity or accruing false kudos.
If some of the woke brigade were compared with Mary Whitehouse, they probably would not understand the reference. After the sixties and Lady Chatterley, the obscenity laws changed to stop censorship in books and they theatre, repeat LAWS. This means by consensus and in parliament. This is NOT by a bunch psuedo-intelectual virtue signallers using blackmail and media bullying to try to stop freedom of speech and opinion.
ReplyFlag as inappropriate

Jada
18th Jun 2021
0
Thanks for voting!
One of the reasons I love Slapstick comedy and pratfalls. Situations and mishaps can happen to anybody and make me laugh ever time. I am a very clumsy person and am always getting myself into pickles that make great stories and should be videoed!
ReplyFlag as inappropriate

Surfer Pete
17th Jun 2021
7
Thanks for voting!
We now live in a society where you have to tip toe around to make sure you don't offend anyone or say the wrong thing. British humour is legendary and admired around the world - just look at how successful our TV comedy exports have been and still continue to be. with streaming services such as Britbox showcasing our old comedy shows and finding new audiences.

I watched Fawlty Towers and Dad's Army recently and they are still hilarious although are probably viewed as highly offensive by our woke young snowflakes who are happy to crucify people anonymously on social media but throw up their hands in horror at jokes that take the slightest mickey out of anyone else on TV.
ReplyFlag as inappropriate

Marley444
17th Jun 2021
5
Thanks for voting!
I do have a concern now, that freedom of speech has been impacted by the new cancel culture! You have to tread so carefully these days in expressing an opinion about anything, As for humour - what used to be amusing is quite often found offensive, even if it is not intended to offend - a very difficult balance - I think if I was a comedian I would probably give up!
ReplyFlag as inappropriate

Bald123
17th Jun 2021
4
Thanks for voting!
I do love the old comedy shows on TV like Dads Army which is my favourite. Some of them will live forever. I don't watch modern comedy shows but see the tail end of some like Mrs Browsn Boys just before the 10 o'clock news and they don't seem funny at all. Just a load of shouting.
ReplyFlag as inappropriate

Munsterlander
17th Jun 2021
4
Thanks for voting!
"Wokism" is a strange term in itself. We have made great strides in the UK to stop all the bigotry which has got to be a good thing. Looking back some of the commedy of the 60s and 70s was dreadful and actually not that funny. Some was like the 2 Ronnies or Faulty Towers. We do not need to insult other people to make jokes.
ReplyFlag as inappropriate