This site uses cookiesClick here to remove this messageMore information
Welcome to Silversurfers - features, offers, news & social forums for the over 50s...
Silversurfers
Log In Join
Silversurfers
Menu
Articles
Articles TechnologyInternetComputer programming … it’s not too late to learn the basics 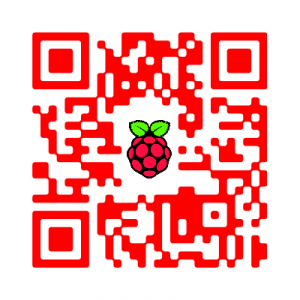 Computer programming … it’s not too late to learn the basics

We are the unfortunate generation who missed the chance to acquire basic computer skills at school, but is the unusually-named Raspberry Pi our chance to catch up?

Brainchild of a research group at the University of Cambridge, the Raspberry Pi is a basic computer board the size of a credit card. It comes with no bells and whistles – no monitor, no keyboard, no memory, cables nor power supply. But it is capable of many of those functions performed by your basic desk or laptop computer: spreadsheets, word processing, web browsing, games and playing high-definition video. And it’s selling for just a little over £20.

It is, essentially, a tiny and cheap computer for kids, developed for educators to assist the teaching of computer programming in early-years school. The project came about as a result of the group’s concern at the year-on-year decline in the numbers and skills levels of the A Level students applying to read Computer Science in each academic year.

The Raspberry Pi web site states the charity’s aim very clearly. “We want to see cheap, accessible, programmable computers everywhere; we actively encourage other companies to clone what we’re doing. We want to break the paradigm where without spending hundreds of pounds on a PC, families can’t use the internet…we want to see it being used by kids all over the world to learn programming.”

But it’s not just kids, of course, who are poised to benefit from the development of Raspberry Pi. Its basic nature makes it accessible to the older generation too, those of us who received no schooling at all in computer science but who arguably are now the generation most appreciative and somewhat in awe of the lifestyle changes wrought by the advent of the computer age. It’s a cheap device that’s there for us to experiment and, hopefully, have fun with.

A quick-start guide clearly explains how to get up and running. The site is designed not to confuse, although much of the terminology seems extremely baffling to me, but rather to offer help; “if you’re a total beginner and (it) … makes no sense at all to you, please come to the beginners’ section of our forum, where you can ask questions and members of our very friendly community will do their best to help you out.”

So, how do your get your hands on one? The device has just gone into mass production with licensed manufacturing deals in the hands of two UK companies: RS Components and Premier Farnell/Element 14. Log on to register your interest, but be prepared for a long wait. The manufacture of the boards is taking place in China and they can’t make them quickly enough to fulfil the huge demand. The current waiting list is 6 months.

What would be the first thing you’d do with your Raspberry Pi?