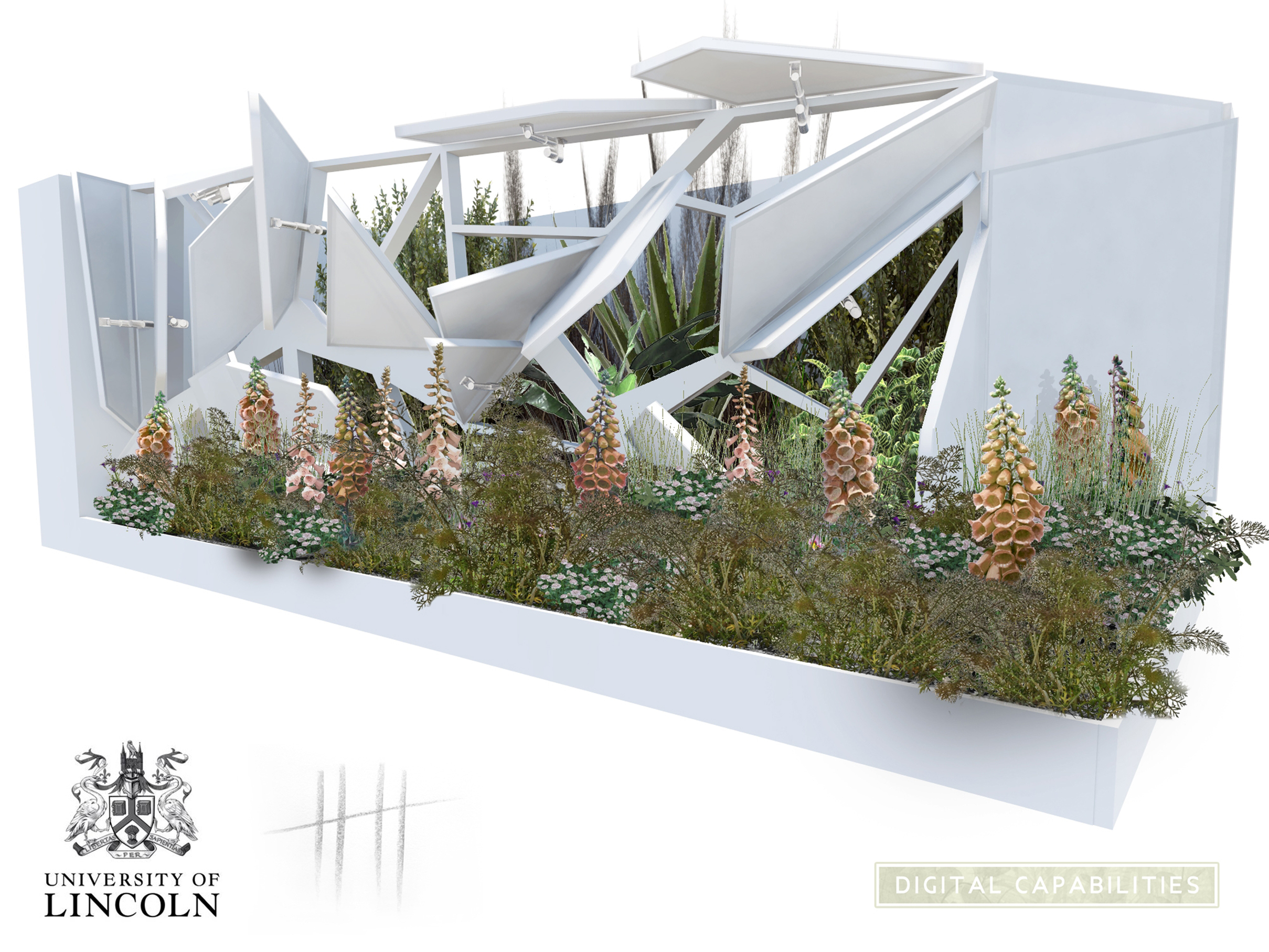 Twitter users will be able to control the appearance of a garden which is set to go on show at the Chelsea Flower Show this year.

The garden, named Digital Capabilities, has been designed to respond to Twitter activity.

The 6m (20ft) by 3m (10ft) plot will be divided into two separate planting zones by a Perspex panelled wall, which connects to a computer.

The panels will open or close depending on the volume of tweets which use the hashtag #rhschelsea.

Familiar plants and foliage will greet visitors, but exotic plants, designed to represent the unknown world of the internet, will be revealed when the panels move.

Students and staff from the University of Lincoln’s Computer Science, Psychology and Architecture departments worked together to create the garden.

Shaun Lawson, Professor of Social Computing at the University’s School of Computer Science, said: “One of the things we’re trying to do through our research is to understand how digital media can be made to meaningfully intersect with the physical world.

“The garden is an opportunity to explore aspects of how we can interweave social media data with real space, as well as how it is possible to make sense of this data by creating thought-provoking visualisations.

“When people tweet, the screen will activate by opening various panels and permitting selected views of the ‘concealed’ garden.

“The planting inside represents the exotic or unknown immaterial world of the internet, moderated and revealed by our desire for knowledge and interaction.”

The RHS Chelsea Flower Show takes place between May 21 and May 25 in the grounds of the Royal Chelsea Hospital in Chelsea, west London.