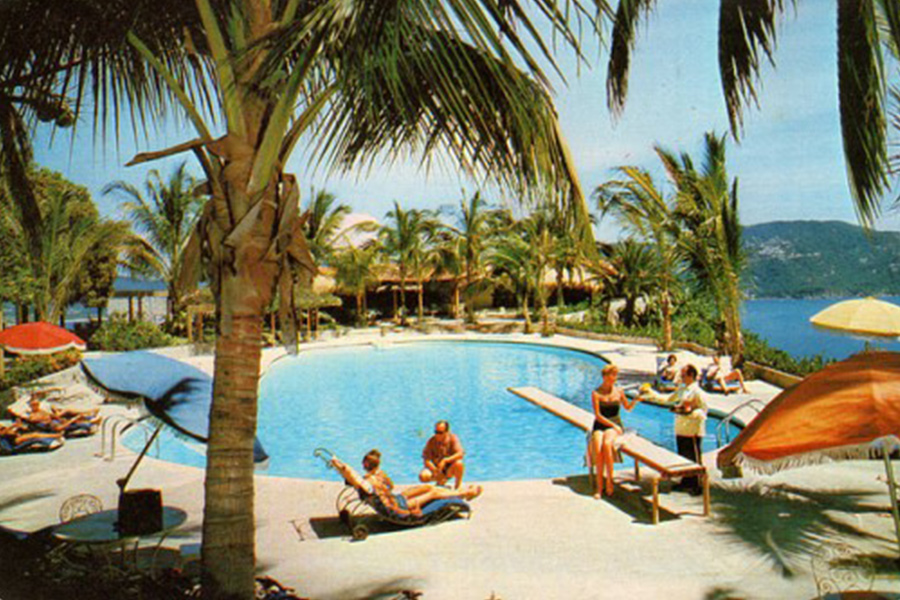 Qantas used a variety of ways to fly between the UK and Australia and once upon a time, one was called the Fiesta Route. The route called in at places including Fiji, Tahiti, Acapulco, Mexico City, The Bahamas and Bermuda.

In the 60s and 70s, a Boeing 707 ‘V-jet’ (named for its more powerful engines) took off weekly from London en route to Sydney. It would have to stop several times for fuel, and clearly, the route planners tried to make it as scenic as possible. November 1964 marked the first service aboard VH-EBM, the very aircraft that John Travolta would later own and fly around the world in retro Qantas livery. All up, the flight took 45 hours – 27 of them in the air. But it’s no surprise that some passengers wanted to take it slow, sometimes staying back in each port for a week at a time.

The longest leg was across the Pacific from Tahiti to Acapulco, and the shortest leg approached Acapulco in the other direction, from Mexico’s capital. At the time, Mexico City was the fourth-biggest city in the world and a vital mail hub serving the Americas. Coastal Acapulco (where JFK and Jacqueline honeymooned) was about an hour’s flight away.

However, this short hop served a very important technical purpose. Mexico City and its western surrounds were just too high above sea level for the old Boeings to take off with a full tank, so the aircraft would fill up in Acapulco for the 6,600km leg ahead.

Plenty of Brits and Australians still have great memories of the Fiesta Route, including some very lucky Qantas employees.

One Qantas flight engineer stationed in Acapulco was once delivered a batch of Australian dried fruit just before Christmas in 1969, so he could make his family’s pudding recipe (be sure to check local quarantine rules before trying this today!).

By the mid-70s, the party was over. The route was no longer economical, particularly with the introduction of new aircraft like the 747 that could fly much further. But over the years, this unusual flight helped many Australians see parts of the world they might otherwise had missed.

And more than a decade after the last Fiesta Route service departed London for Sydney, the Beach Boys reached number 1 on both sides of the Pacific with a song whose lyrics might have sounded very familiar to our Qantas network planning team: “Bermuda, Bahamas…”

Feel like trying something new? Visit qantas.com to experience the Qantas 787 Dreamliner from London Heathrow non-stop to Perth or the award-winning Qantas A380 via Singapore and connect on to four cities in Australia.

CarolDuckPond
5th Aug 2019
0
Thanks for voting!
Off to Australia April 2020 for three weeks. Flying with Qantas stop over in Singapore for two days.
ReplyFlag as inappropriate 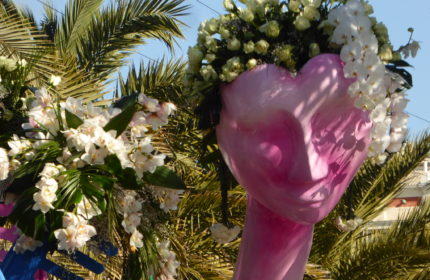