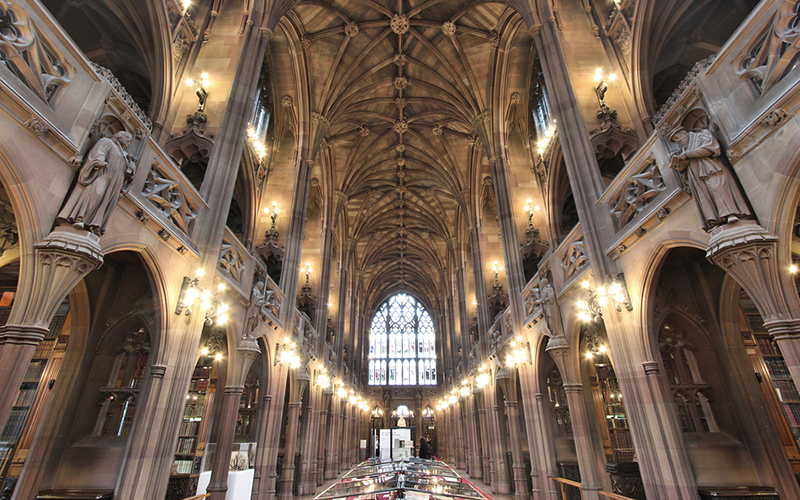 What To See & Visit In Manchester, City Guide

From the Industrial Revolution to Britpop, Manchester has a special place in the UK’s historic and cultural life. And although it isn’t the country’s most obvious city break destination, this northern outpost has a lot going for it.

Thinking about a city break in Manchester? Read on for tips on what to see and where to stay.

Start your trip with a wander around Manchester’s historic centre. Manchester Cathedral is one of the city’s most cherished buildings and it now hosts gigs as well as religious services. A short walk from here is Manchester Town Hall, an attractive Gothic building that opened in the late 19th century and is now the home of Manchester City Council. Its clock tower is a particularly striking feature of the city’s skyline.

Next, head over to Castlefield, the site of a Roman settlement, where you can still see city walls that date back to the 16th century. Today, you’ll find a number of great bars near its canals so it’s the perfect place to stop off for a pint. And on nearby Deansgate, the John Rylands Library is another proud local building that’s worth a peek, though it’s now part of the University of Manchester.

Take time to indulge in the locals’ favourite pastime: shopping. In the city centre, shops are crowded around Deansgate and Piccadilly. The Manchester Arndale is the city’s premier shopping centre and the third-largest city-centre shopping mall in Europe. Here, you’ll find a range of top high street fashion brands, including London department store Selfridges. A few miles to the west of the city is the Trafford Centre, a huge shopping mall that’s visited by 35 million people every year. There’s also a huge food court here, as well as the indoor ski and snowboarding centre, Chill Factore.

For many people, Manchester is synonymous with just one thing: football. Visit the stadiums of its two Premier League Clubs – Manchester United and Manchester City – and take a tour around their grounds. Alternatively, soak up some local culture at the Manchester Museum, the Museum of Science and Industry or at The Cornerhouse’s cinema and exhibition spaces.

Manchester’s hotels are clustered around its main attractions: the main shopping district, its football grounds, the Trafford Centre and the new BBC building at Salford Quays. To stay in one of the city’s most iconic buildings, book a room at the Hilton Manchester Deansgate, a breath-taking glass-fronted building that towers over the city and is immediately noticeable when you arrive by train. For luxury on a smaller scale, try the Great John Street Hotel or the Velvet.

Increasingly, visitors on city breaks in Manchester are turning towards rental apartment instead of traditional hotels. And if you’re planning to spend most of your time in the shops and pubs of the city centre, this could be the best option for you too. Near Deansgate and Piccadilly, Roomzzz offers sumptuous apartments for travellers looking for luxury self-catering accommodation. SACO offers aparthotel accommodation near Piccadilly too, and may be preferable for families or travellers who don’t want to splurge too much.