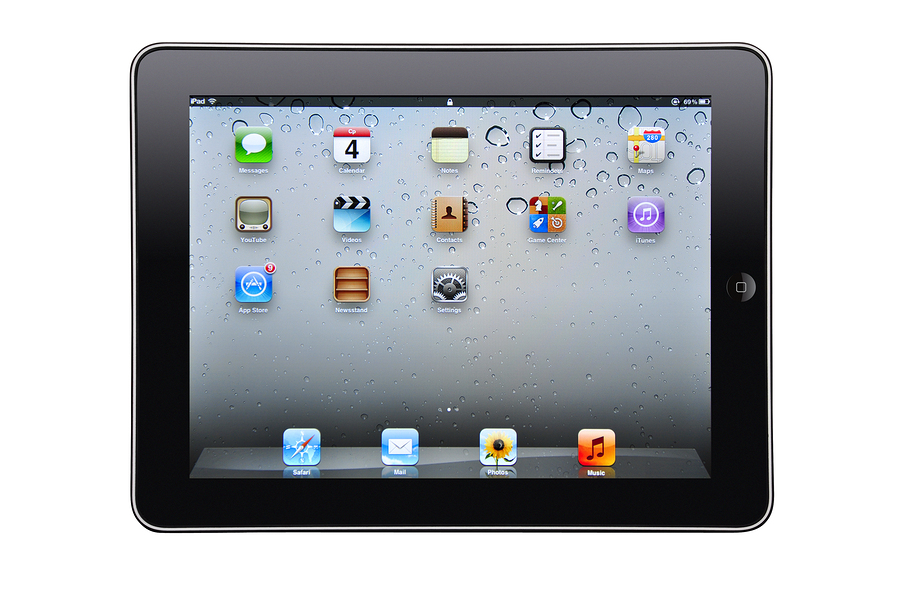 The ubiquitous iPad has now been with us for four years and has evolved from the original version and now ranges from a small capacity Mini iPad 2 at around £230 to the latest iPad Air with 128 GB capacity and telephone capability at almost £650.

The operating system (iOS) has also developed and is now on its 8th (8.4.1) iteration. The earliest models have been left behind, unable to run some of the later programs or even take photos and videos or accept speech programme such as Siri.  The latest models are slimmer, faster and have higher resolution screens. The iPad has the great advantage over other tablets that, because the applications can only be downloaded from the Apple store there is less chance that they will be insecure than those which use Operating Systems such as Google’s Android or Microsoft’s Windows.

As with all tablets, iPads are wireless, so can connect to the Internet within a reasonable distance of a router, either at home or when travelling, although it is usual to have to obtain a password from the organisation providing the wireless connection. This could be an hotel, coach, aircraft or train. Those with a phone connection can connect via their phone provider wherever they can get a signal. Some phone providers, such a BT also provide Wi-Fi ‘hotspots’ around the country for their users (or for anyone else, for a fee).

So, why has the iPad taken the world by storm? Much of the following applies not only to the iPad but to many tablets (and mobile phones, which recently became the most popular equipment to access the Internet).

Firstly, they are portable compared with their forebears, the laptop and desktop.  They are also so easy to use. What child (or geriatric !) is unable use a touch screen?

But also they are multi-purpose. In addition to being able to access that great encyclopaedia in the sky by typing or by voice, they are cameras, sound recorders, games consoles, music players, radios, books and cinemas. They are maps and satellite navigators, weather forecasters, banks, messengers, shopping trolleys and newspapers. There are half a million ‘apps’ available from Apple, many if them free of charge. They can tell you your heart rate, just by looking at you, or act as a compass, help you learn a language or help you solve a problem, from plumbing to psoriasis!  So their popularity is no surprise.
Of course, they have competitors. I am typing this on a perfectly good alternative one third of the price of the cheapest iPad.

When it comes to ease of use and SPEED the laptop and desktop cannot compare with the tablet and, although the PC may remain the preferred equipment for offices and in many homes, figures show that the computing scene has been irrevocably changed by these devices.

Keep your brain boosted with these free interactive games

Ten tips from the Suffolk Silver Surfer
JOIN SILVERSURFERS AND...