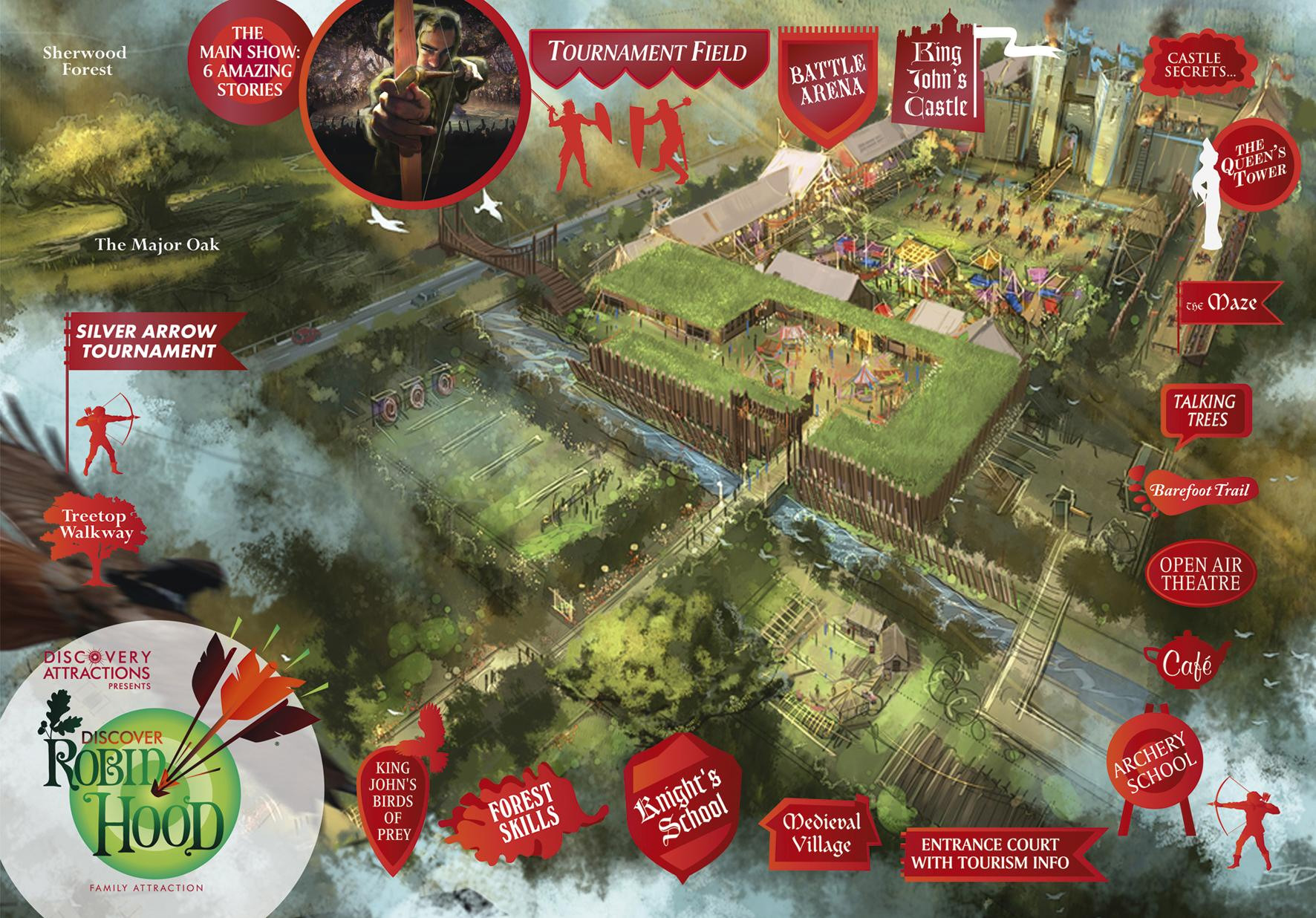 Plans for a new multimillion-pound visitor attraction celebrating the legend of Robin Hood have been announced.

Nottinghamshire County Council is seeking to build a £13 million visitor attraction called Discover Robin Hood in Sherwood Forest, complete with medieval castle and fortified ramparts. If the plans are approved, the 40-acre attraction would open in spring 2015.

An artist’s impression of the attraction shows plans which include a medieval King John’s Castle, made from local stone and wood, complete with dungeons that visitors can explore.

There will be a host of indoor and outdoor displays, street performers and an open-air theatre to bring the legend, life and times of Robin Hood and his band of merry men to life.

Visitors will be able to have a go at activities including firing arrows, wild food cookery demonstrations, and dressing up in armour.

A tournament field will be used for events such as jousting shows, falconry exhibits, archery contests and costumed medieval theatre, while visitors daring to enter the maze will encounter talking trees.

The plans being put together with Discovery Attractions, who have worked with attractions including Madame Tussauds and Alton Towers, will now go forward for planning permission.

The first phase of the project, which includes a new visitor centre, cafe and shop to replace the existing facilities, would open in summer 2014 if they get the go-ahead, while the Discover Robin Hood attraction would welcome its first visitors in spring 2015.

It is hoped the plans would create some 100 jobs and generate huge visitor spend for the local economy and vital investment to keep on protecting Robin’s home – Sherwood Forest.

The plans will now go forward to Newark and Sherwood District Council for approval.