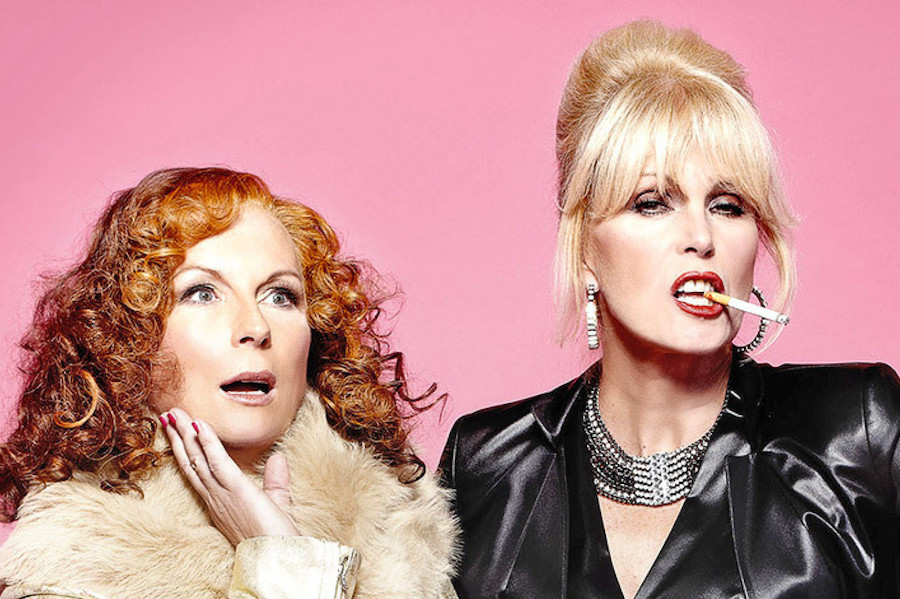 The best of AbFab

Sweetie, Darling! Edina and Patsy are back on the big screen and badder than ever in Absolutely Fabulous: The Movie.

Edina Monsoon and Patsy Stone first burst onto the BBC in 1992 with the first series of AbFab, which followed the antics of two heavy-drinking, high powered, career women with self destructive tendencies.

While men had always been allowed to behave badly on television, Absolutely Fabulous pushed the envelope with two female stars whose unapologetic debauchery drove the plot of every episode.

After nearly 25 years, audiences still love Eddy, Patsy, Bubble, Saffy and Gran – before you head to the cinema, take a look back on some of the best and most outrageous episodes through the years. It’s fabulous!

Edina struggles to accept her 40th birthday. Instead of a glamorous party like she hoped, Saffy plans a family lunch attended by Eddy’s two ex husbands and new partners, Saffy, Gran and Patsy. Instead of accepting the milestone with grace, Eddy and Patsy get stoned and sing karaoke.

After a tabloid lists Patsy’s age as “47”, she decides to check into a private hospital for a chemical peel and some eyelid rejuvenation. Eddy also checks in to have surgery for a pain in her big toe. While there she dreams she’s on her deathbed and is visited by her family – with guest appearances from Helena Bonham Carter, Richard E Grant and Germaine Greer.

Patsy causes a fire in the kitchen after falling asleep with a lit cigarette – while Eddy tries to decide how she’d like to redecorate, the family shifts life to the living room. After Gran accidentally locks Saffy, Eddy and Patsy in, the three discuss the miracle of life and their own birth stories.

Eddy is determined to win a PR award and outwit professional enemy Claudia Bing. Despite bribing the judges, Claudia beats Eddy and wins the award, causing Eddy to launch a new campaign to out-do her rival. It all goes awry after they lose the speech in a skip and end up on a trash barge headed for Ostend.

What are your favourite episodes of Absolutely Fabulous? Will you go and see the new movie?