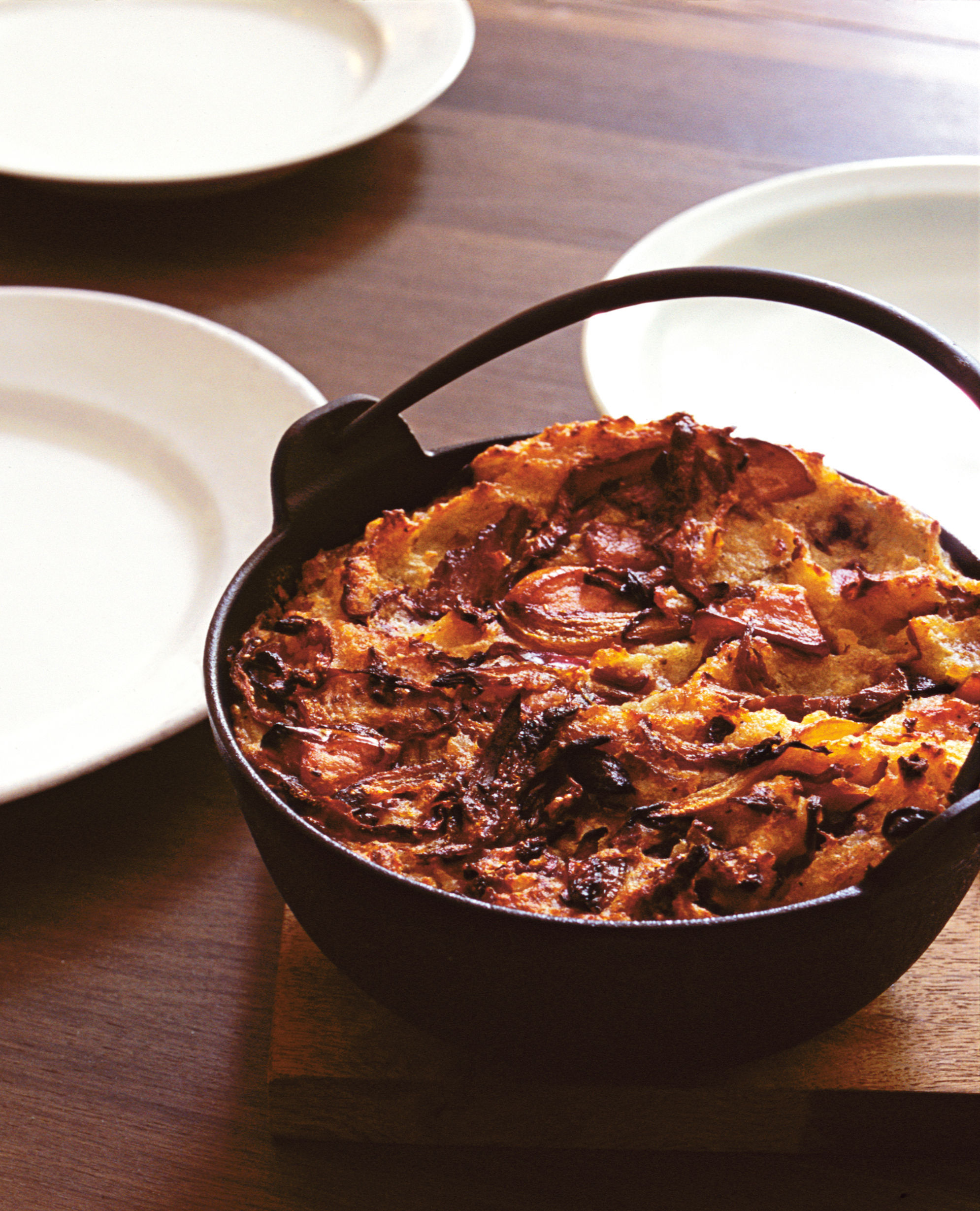 The end of the festivities doesn’t mean the onset of the blues – because there’s always the leftovers to see you through a few more days! Diana Pilkington turns to Nigel Slater for some delicious post-Christmas grub

Christmas food is the gift that keeps on giving, especially if you’ve bought a whopper of a turkey.

And for Nigel Slater, getting to grips with the leftovers is as much a part of festive tradition as roasting a goose and baking mince pies.

The cook and food writer loves the prospect of picking at the bones of his roast and transforming it into lunch the next day, whether the scraps end up in a stock, wrapped in a pastry crust, thrown into a frying-pan hash or incorporated into a sizzling curry.

“Stripping the Christmas carcass ranks – along with stirring the Christmas pudding, baking potatoes for Bonfire Night and making pumpkin soup for All Hallows Eve – as one of the great kitchen rituals of the season,” he writes in his latest book, The Kitchen Diaries II.

“I start at the breast, pulling any large pieces away whole, then gradually pull and tug every piece of meat from the breast and legs before turning the skeleton over and starting on the undercarriage.”

With its “chubby oysters of brown meat”, this crucial part of the bird is “a glorious feast that is all too easy to miss”, he says.

But it’s not just the turkey or goose that can be turned into a variety of mouth-watering meals. Try these recipes from Slater for some tasty ideas that can be enjoyed just after Christmas, into the New Year or beyond…

An apple, cored and chopped

If you are cooking from scratch, peel the potatoes, cut them into quarters, then boil in deep, salted water for 10-15 minutes. When they will easily take the point of a knife, drain them, then cover the pan with a cloth while the potatoes lose their steam. Mash thoroughly with a potato masher or use a food mixer fitted with the flat beater attachment.

Shred the cabbage coarsely and fry it in a little butter, oil or, better still, goose fat, until it starts to wilt. Add the vinegar and the chopped apple. Crush the juniper berries and stir them in. Leave to simmer, covered with a lid, for 15 minutes or so. Drain and set aside.

In a large mixing bowl, stir the mashed potatoes, cooked red cabbage and the bits of goose or turkey meat together. Add a little stuffing if there is some to use up, and season generously.

Get a little butter or goose fat hot in a frying pan. Shape the mixture into small, thick patties and fry till pale gold, turning once to cook the other side.

Drain on kitchen paper, then transfer to a hot oven, about 200°C/GAS 6, for 45 minutes, until crisp and sizzling.

Set the oven at 200°C/GAS 6. Remove four wide strips from one of the potatoes with a vegetable peeler, place them on a baking sheet, then brush with a little oil and season with salt. Bake for 25 minutes or so, until crisp, then remove and set aside.

Peel the remaining potatoes, cut them into large pieces and place in a roasting tin with a little rapeseed or groundnut oil. Season with salt and black pepper. Roast for about an hour, until soft enough to mash. Tip the potatoes into a blender or food processor and reduce to a puree with the coconut milk, adding enough to bring it to a thick pouring consistency. Put the soup in a pan over a moderate heat and stir gently, checking the seasoning as you go. It should be thick and sweet. Ladle into bowls and place some of the potato skin on top with a spoonful of fresh coconut.

A SALAD OF PEARS AND CHEESE WITH SPROUTED SEEDS

4 handfuls of bitter leaves such as frisee or trevise

A handful of herbs, such as chervil, parsley, chives

Put the yoghurt into a bowl and whisk in the olive oil and a little salt and black pepper. Chop the herbs and stir them into the yoghurt.

Halve the pears, remove the cores and slice the pears thinly, then add them to the herb and yoghurt dressing.

Put the salad leaves in a serving dish. Pile the pears and their dressing on top. Using a vegetable peeler, shave off small, thin slices of the cheese and scatter them over the salad with the assorted sprouted seeds.

A HAM AND CABBAGE FRY UP

Melt the butter in a large, heavy-based pan over a low to moderate heat. Peel the onion and thinly slice into rounds, then add it to the butter. Throw in the cloves and the lightly crushed juniper berries (squash them flat with the side of a kitchen knife or in a pestle and mortar) and cover with a lid. Leave to cook, still over a low to moderate heat, with the occasional stir, for 7-10 minutes. The onion should be soft and lightly coloured.

Halve, core and thickly slice the apple. There is no need to peel it. Add it to the pan, then pour in the white wine vinegar and the sugar. Season with salt and pepper.

Shred the cabbage, not too finely, add it to the pan and mix lightly with the other ingredients. Cover with a tight lid and leave to soften over a low-ish heat for about 20 minutes. The occasional stir will stop it sticking.

Tear or chop the ham into short, thick pieces. They are more satisfying if left large and uneven. Fold them into the cabbage, continue cooking for five minutes, then pour in the balsamic vinegar and toss in the chopped parsley. Pile into a warm dish and serve.

Alabama Rot - what every dog owner should know

Want to get your home as clean as possible? Here are some simple tips from NHS cleaners

More single-use plastics to be banned: Tips for avoiding them – in and out the house
JOIN SILVERSURFERS AND...