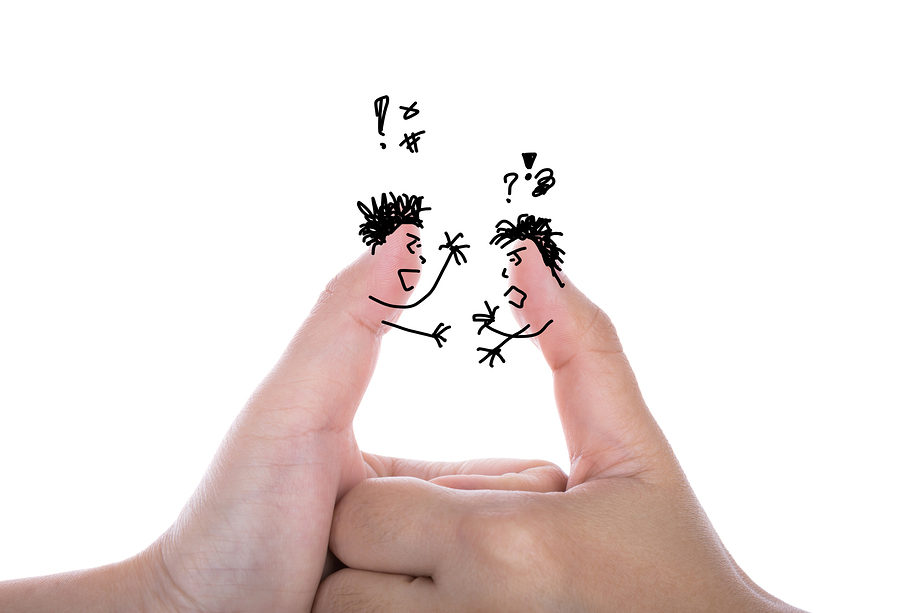 Whether it’s in the family or the workplace, resolving a conflict is a tricky job – one that no one really wants to take responsibility for.

But when you know that two people are at odds with one another – whether it’s you and another person, or two of your family members/colleagues – it can be a drain on everyone else’s time and attention.

That’s why it’s important to nip conflicts in the bud, and soon. If you’re shying away from working through conflict, here’s a step-by-step guide on how to approach it.

It might sounds obvious, but you’d be surprised by how many conflicts simmer away for years because people believe that ignoring it is the solution. Ignoring a problem doesn’t solve it: it only makes it more entrenched. So the first step in working through conflict is to acknowledge that the conflict exists – and to get all the involved parties in a room together to talk about it.

When you’ve got to the discussion stage, emotions may be running high. That’s probably because everyone involved in the conflict feels that their side is the right one, or perhaps they feel they’ve lost out on something due to someone else’s decision.

What’s important at this stage is to keep emotions in check, as much as is humanly possible. Instead, every side should try to speak clearly and calmly about their ideal end-result and why. Get everyone to use ‘I’ statements, rather than ‘you’ statements. That helps people concentrate on their own goals, rather than accusing the other party of wrongdoing.

Understand the other person’s perspective

Another key part of working through conflict is understanding the other person’s perspective. ‘I’ statements go a long way towards promoting this. Sometimes, conflict happens because one side doesn’t actually know what the other side wants or how they’re feeling. That’s why talking about a problem in a calm and reasoned way is always more preferable to simply ignoring it as it promotes better understanding.

Come up with a solution

Once you’ve got both sides to empathise with one another’s positions, it’s time to come up with a solution. This will inevitably involve compromise in all corners but this should be easier to do once everyone understands one another better. You’ll often find that one side is prepared to relinquish or delay one of their goals, as long as another goal is met – and vice versa. And when an agreement has been reached, be sure to write it down so that you have a record in place.

End on a positive note

Finally, it’s important to end on a positive note so that all parties involved can really feel like the conflict has been resolved, and move on. This could something as simple as a handshake or a smile. It might even be an agreement to work together more constructively in the future. However it manifests itself, a positive end will certainly signify that the conflict is well and truly over.

What are your best tips for working through conflicts?