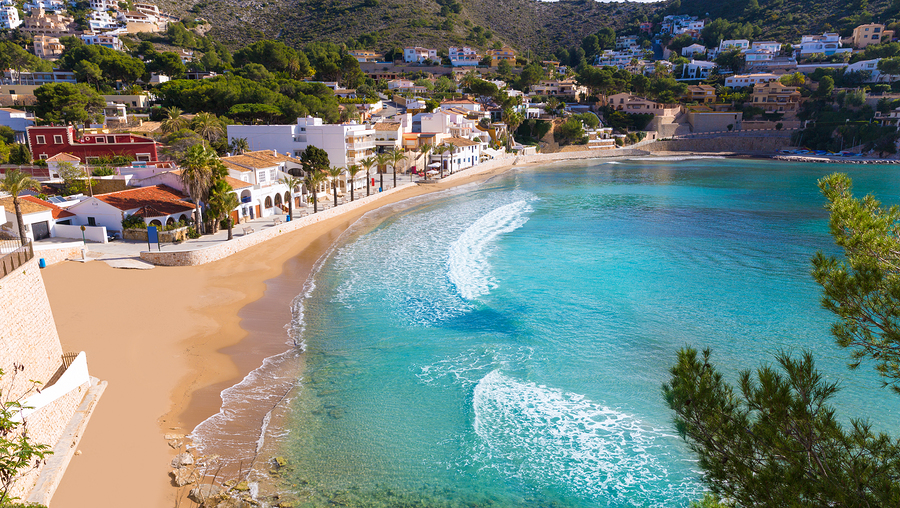 Spending time away from home may be something you consider as a ‘treat’ during the summer months, but if you are retired and can travel at other times of the year, you could save yourself some money.

Going away for a longer period of time during the winter months may not only be good for your wallet, it might be good for your health too. For example, conditions such as arthritis and asthma are known to improve in warmer climates, so avoiding the harsh British winter might make a difference to your quality of life.

Spain is an obvious choice due to the warm climate, short and cheap flights, and the fact that its lower cost of living means pension pounds will stretch further than they do at home. In addition, the Spanish government is also delivering the Europe Senior Tourism Program in the coming year, which is aimed at courting the over 55s to choose Spain as their holiday destination.

But how can you save yourself money while spending time away from home? We will look at Spain as an example:

Home swaps allow you to stay in someone else’s home abroad while they stay in yours in the UK. Sites such as lovehomeswap.com and HomeExchange.com, which has more than 5,500 active retirees around the world looking to swap properties, enable you to spend time away for the price of the airfare. There are numerous advantages, including having someone at your home taking care of it while you are abroad.

Ed Kushins, CEO of HomeExchange.com, said: “Except for getting there, a home exchange does not cost any more than staying home. HomeExchange.com allows seniors to search peers around the world who share the same values – exchange partners also sometimes become lifelong friends.”

For £100 as an annual fee on HomeExchange or a minimum of £12 per month on Love Home Swap, you can make as many swaps as you like with others on the site. The latter allows you to swap – and with more than 60,000 listings in as many as 160 countries, there are plenty of options to choose from.

Renting a property longer term works out far cheaper than going away for a week or two at a time. For example, a quick search on Kyero.com brings up more than 8,000 properties for long-term rental in Spain, with one three bedroom, two-bathroom villa in La Romana available for just €450 per month. Extend your stay for more than a month, and the chances are you can negotiate and get an even better deal. But remember to look at your home insurance if you extend your stay, as most policies have restrictions about the property being empty for more than 30 or 60 days at a time.

The Energy Saving Trust estimates that reducing your home temperature by just one degree will save you as much as £55 a year. So if you consider that keeping your home at a reasonable 18 degrees while you are there, or a minimal 10 degrees while you are away to prevent the pipes freezing, you could potentially save more than £400 – enough to pay for a month away in sunnier climes.

Any Winter Fuel Payment could also be used to fund time away, with a minimum of £200 going to anyone born on or before 5 July 1952.

Spain has a lower cost of living than the UK, which can help your pension go much further. For example, according to Numbeo.com a meal in an inexpensive restaurant in Alicante will cost less than £7, with a regular cappuccino coming in at £1.18, and a litre of petrol costing just 94p. In fact, if you spend the equivalent of €1,000 in London including rent, you would be able to enjoy the same standard of living in Alicante for just €425 according to Numbeo.com.

Having a pension paid in pounds is a real advantage at present, as at the time of writing the pound was at a seven-year high against the euro, and worth around €1.35 according to data from international money transfer specialist Moneycorp.

If you are spending winter months in the sun, then the chances are you will be less likely to want to travel in the British summer, when you would be paying a premium for everything from flights to holiday lets.

For example, a family holiday – two adults and two children – will cost around 48% more during the summer holidays as it would in September, and could be as much as 145% more expensive according to research last year from Santander Credit Cards. While the over 50s may not be travelling with the family, they would still be facing the same travel premiums during peak times.