All things pet related, from pet food to pet health - if your looking to discuss our feathered, scaled, or furry friends - get in here!
Popular Posts: Do you keep tropical fish? (0 comments) How do you transport your pets without a car? (1 comments) Pet Birds large or small - do you keep any? (6 comments) Tadpole Rescue (0 comments) He was 'just a cat.' (8 comments)
Minimise all
View by: A to Z | Most Popular
Do you keep tropical fish?
Hello to any fish keepers!
Added By : Pjwandy
View Post
How do you transport your pets without a car?
Hi, I am looking for some feedback, please. I run a pet taxi service locally in my area. (Milton Keynes) I specialise in helping the over 65's, not just with transport but also a helping hand, ie if the customer is not very mobile, I assist with walking if they need me to carry anything, or help with the animal in any way. I open doors for my customers, help them back home after an appointment. I engage very well with my customers, the service is very well received and my customer return rate is 79%. So as you can see I am doing well. But, although a lot of my customers come from word of mouth or they get my number from the vet. I am trying to spread the word further to reach more people. I have tried leaflet drops, lunch clubs, but am finding it difficult to know what else to try, a lot of my customers don't really leave the house I am looking for new ways of finding my customers. Does anyone have any suggestions? Your feedback is greatly appreciated Thank you Claire Pets 2 Places
Added By : Pets2places
View Post
Pet Birds large or small - do you keep any? 5 Comments, Last Activity 23/08/2019
I am looking to see if some will chat about aviary birds. I have 8 birds, 1 pair canaries, 2 redrump, a bonded pair of rainbow lorikeets. Last but not least 2 chickens. Anyone interested. Will talk about British birds but do not know much about them.
Added By : Cassie2
View Post
Tadpole Rescue
I have spent the morning trying to save a few hundred tadpoles from dying as their pond dries out. I have been taking water from the river in plastic bottles and ferrying it by car to the site of the pond, then tipping the water gently in. I am now absolutely shattered. No-one seems willing to help, I have tried the Wildlife Trust and the Countryside Rangers, but they are not interested. So, it looks like it's down to me. If anyone lives in Rossendale and would like to help, please mail me on [email protected]
Added By : celtwitch
View Post
He was 'just a cat.' 8 Comments, Last Activity 03/11/2017
There has been a battle scarred tom cat patrolling our area for the past few years, he had lost the tips of his ears in numerous fights with other toms, he always had blood stained fur and to top it off he was incredibly scruffy. It was impossible to get near him, he would leap over the nearest wall or dive under a parked car if anyone tried to offer him a bit of human contact. I don't know if he ever belonged to anyone, but he wasn't feral, probably homeless, or simply a free spirit. On Wednesday afternoon, Cooper (I gave him the name after Henry Cooper the boxer) was hit by a car and killed outright. He lay at the side of the road for a little while until I scooped him up and laid him just inside the churchyard, where I hoped his owner, if he had one, could see him and claim the body. He was still lying there, stiff as a board, on Thursday morning, as alone in death as he was in life. I was suddenly overcome with an incredible sense of loss for someone that I had no connection with, other than the fact that he was a solitary soul, as indeed am I. I could not allow the warmth of the day and the flies to have their way with his battle ravaged body, so I borrowed a spade and dug a cat sized hole under the graveyard wall and lowered him gently in. A few minutes later the job was completed, and now Cooper will be a part of me for as long as I live. I'm going to make a little plaque and fix it to the wall above his final resting place so that visitors to the graveyard will wonder, 'who was Cooper?' That way he will always be Cooper. I have no idea why the death of this little man has affected me the way that it has, can anyone offer an explanation?
Added By : celtwitch
View Post
Picky Eaters 2 Comments, Last Activity 03/01/2020
How do you manage fussy eaters?
Added By : Marley444
View Post
Trending Now What's being discussed right now...
Just joined so I'm introducing myself. Hello - looking for like minded friends to chat with Winter fuel payments - have you had yours yet? Pen pals
Refresh the above list
JOIN SILVERSURFERS AND... 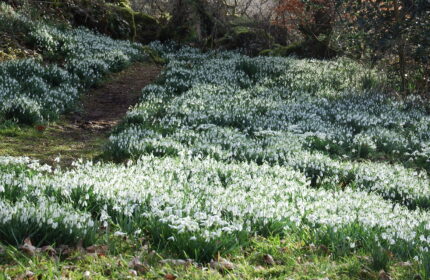