Everything to do with the 1950's
Hot Subjects: 1950s & 60s Dancehalls/Ballrooms (25) What did your mum used to say? (23) Winter in the fifties (18) Did you see Elvis Presley at RAF Chicksands in the 50s? (7) Songs sung to me as a child (5)
Whatever happened to...
1 Posts Last Activity 11/09/2016
View
...the ubiquitous M&B tablets - and the famous monkey glands?
Added By : Iancw12
Songs sung to me as a child
5 Posts Last Activity 17/10/2016
View
My Dad used to sing a song to me in the fifties called 'My special angel' and he led me to believe he made up the words. It was only about 4 years ago that I found out it was an actual song but I still love it.
Added By : Olive Davie
What did your mum used to say?
22 Posts Last Activity 13/12/2016
View
My mother would say if you run off and fall and break your legs don't come running to me .. What sayings did you mum use?
Added By : serenitywoman
Winter in the fifties
18 Posts Last Activity 25/11/2018
View
Does anyone else remember your mum making you a winter pixie hat she called it?  That would have been a woollen scarf sewn halfway down and turned outside in and that would've been your hat all through those cold cold winters of the fifties !
Added By : mamie
1950s & 60s Dancehalls/Ballrooms
24 Posts Last Activity 28/11/2019
View
Do you remember the Ritz, Mecca, Palace, dance halls and ballrooms? Where you could go in the afternoons to date some girls. They used to call these "Afternoon Tea Dances" a great source of dating. Of course they have all morphed into money grabbing Bingo!
Added By : Dullahan78
Did you see Elvis Presley at RAF Chicksands in the 50s?
7 Posts Last Activity 27/03/2019
View
I listen to Three Counties Radio every day and today Saturday 17/10/2015 a caller called Dave from Luton rang in about Elvis Presley, as the radio presenter was asking "did Elvis ever visit the U.K.?" Anyway, Dave from Luton said he saw Elivis in disguise wearing a black hat and had a "beard". This was at RAF Chicksands in the 50's. Dave has said this time and time again and nobody believes him. I do though. I know it is fact that Elvis went to Scotland whilst changing flights and met Billy Fury there, but I was wondering if anybody among the Silversurfers were at RAF Chicksands at that time. If you were there I would be really happy to know because the presenters just laugh at Dave and I have no doubt that he is telling the truth and want to back him up. Can anybody recall/remember this please. I am very grateful to you all and look forward to hearing that someone did also see Elvis there. Thank you.
Added By : canada
JOIN SILVERSURFERS AND... 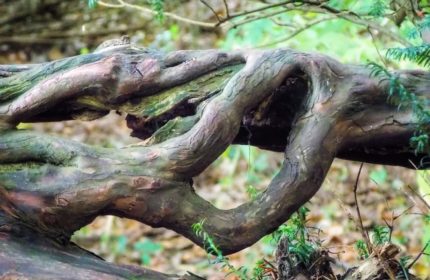